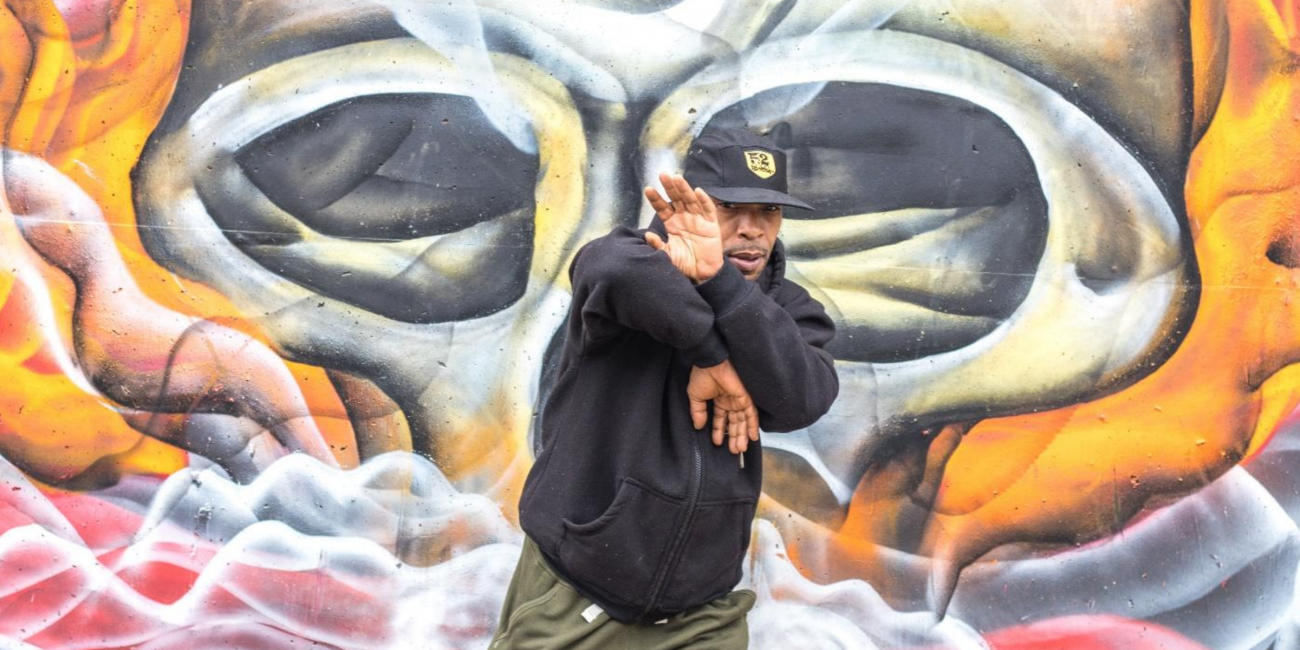 Have you ever heard of a Martial Arts Style called 52 Blocks Boxing? Most people haven’t, and according to some, this was done by design.

The Legend of 52 Blocks Boxing

52 Blocks Boxing is an urban Martial Art that bears legendary status, mainly due to the fact there is no centralized organization or even a concrete lineage / documented evidence on exactly how and why it was born.

Some sources give a different name to this elusive art calling it the Jailhouse Rock claiming it was born in the USA penal system where inmates slowly developed and perfected this art while serving their time behind bars. Other sources suggest it is a system that dates back over a hundred years, when African Americans were not allowed to participate in Boxing and similar sports.

Regardless of its origin, the accelerated growth and popularity of this movement has not been escaped by public figures and the media. In 1990’s 52 Blocks was introduced to the public by Douglas Century in his book “Street Kingdom: Five Years Inside the Franklin Avenue Posse”. In 2001, Details magazine published an article that further peaked public’s interest in this elusive Martial Art, article was titled “Ghetto Blasters: Born in prison, raised in the ‘hood, the deadly art of 52 Blocks is Brooklyn’s baddest secret.” In 2009, New York Times released an article on 52 Blocks called “In Tight, a New (Old) Martial Art Gains Followers” where Lyte Burly, leading NYC 52 Blocks Boxing Instructor was noted. Aside from the media, icons like Mike Tyson, The Wu Tang Clan, Ludacris , Felicia “Snoop” Pearson and others have also noted their interest or  involvement with 52 Blocks Boxing.

What is 52 Blocks Boxing?

So what exactly is this elusive, mysterious Martial Art that everyone seem to be obsessed with yet not quite know what it really is? It is a style of Martial Arts that utilizes hand techniques to their fullest extent when it comes to striking and most notably – defense! I can’t emphasize this enough, 52 Blocks Boxing is very much about defense. According to Lyte Burly, one of the leading teachers of this style,

“52 Blocks Boxing is a defensive art. The only art that is exclusively defensive. The basis of the art, the fundamental of the art is self-preservation. If you went out and fought and you did well, but during the fight the guy punched you in the eye and you got a big black eye, when you came back, we would say you lost that fight because of that big black eye.

Now, this seems extreme, but it’s these extremes that make good arts. And out of these extremes, necessities to take in little to no damage, 52 Blocks was formed. And it was formed through Boxing, it is a defensive side of Boxing.”

52 Blocks Boxing could be called a branch of the Jailhouse Rock that focuses on the adaptation of the techniques and perfection, development, as it pertains to Boxing. Lyte Burly has been developing 52 Blocks Boxing for the past 3 decades or so, he is one of a very few people that I know who, in this day and age, still willingly engage in sparring challenges with strangers. It is not uncommon for some representative of a different style to approach him and ask for a sparring match in order to “determine the validity of 52 Blocks Boxing” and claims that Lyte Burly has made over the years. You can imagine how it all went down when I say that Lyte has made many new friends this way. From critics to believers, all it takes is a few rounds sparring with the legend of the mysterious art.

What are the techniques of 52 Blocks Boxing?

So how does 52 Blocks Boxing utilize hand techniques as a defensive art? There are several key factors in play.

This one seems the one that everyone get hung up over, yes 52 Blocks Boxing uses elbows (and other part of the hands) as a defensive mechanism but if that all that it was, there wouldn’t be much new to it or different from several other arts. The key differentiator is that the use of the blocks is, a lot of times, a set up for a counter attack. Simply put, they use the blocks to put their opponent in a disadvantage by either allowing their elbow or other hard bones of the hands to crush the attacker’s fist, or using their blocks to neutralize the attack and set themselves up for a perfect counter attack. 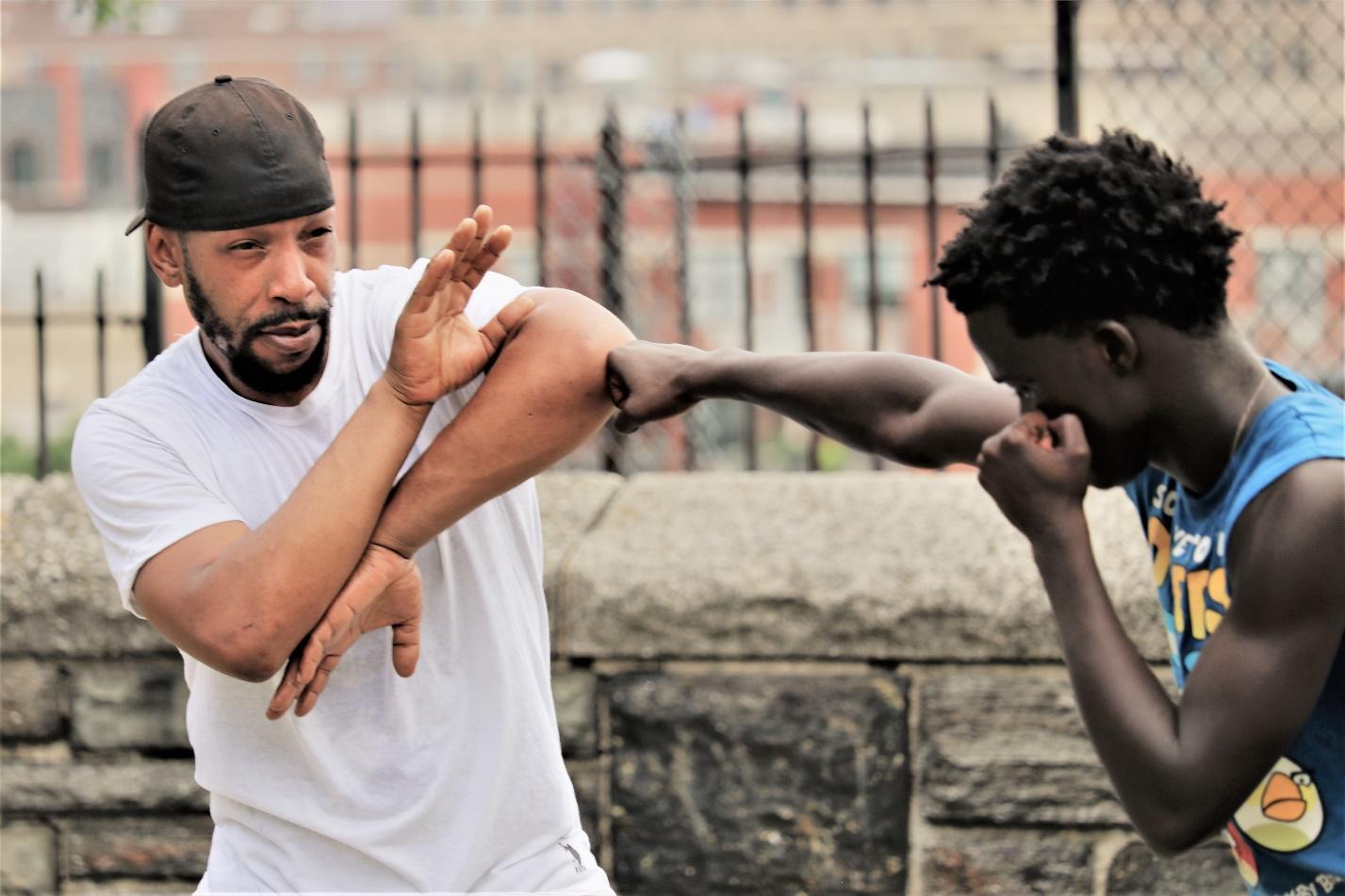 This block is called Scull N Bones, it uses the bottom elbow for blocking. Now notice the function of the hand up top. It is in a perfect position to be thrown as an attack immediately after the block. The hand on top could also be used to guide your attacker’s fist, if the block was not fully successful or if the timing is not right for a counter attack. Can you imagine what would happen if you threw a full powered cross punch into somebody’s elbow? OUCH! My hands are shaking just thinking about it…

Blocking is not all that 52 Blocks Boxing does, the style also uses the hands (a lot of it have circular motion, this is because your brain cannot ignore circular patterns) to distract your opponent from your real intentions, or once again to set up the attacks by disguising them behind distracting hand movement.

In addition to movement, the use of sound, or slapping of the hands and/or body is also a common technique in 52 Blocks to throw your opponent off guard, make them react to the sound rather than to what is coming after it.

52 Blocks Boxing is an amazing Martial Arts style that utilizes your hands, and various strategies using them, to their full, defensive, extent. It uses opponent’s force against them, like many eastern Martial Arts do, and utilizes feints and distraction techniques to hide or set up counter-attacks. It is an efficient art for those who focus heavily on defense and self-preservation. I encourage everyone to try out 52 Blocks Boxing for themselves and see if this elusive, mysterious art of defense bring benefit to your arsenal of tools as a Martial Artist. 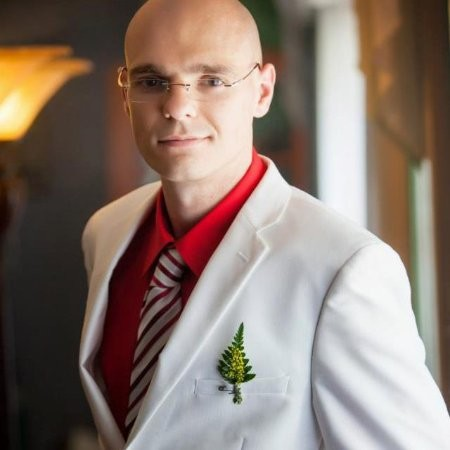 MK has been involved with Martial Arts for over 16 years with styles ranging from Karate, Hapkido, Taekwondo (4th Dan Black Belt), Boxing, Muay Thai, Kung Fu and BJJ. He wrote several publications on topics relating to Martial Arts and currently is the owner of Martial Arts Academy Online.