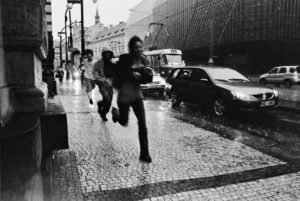 A street fight and a sparring or competitive match have very little in common. In a real fight, gone are the rules against kicking your opponent in the groin or striking him while he’s down. You never know what your opponent is capable of doing, either, or whether they’re armed. A martial artist knows this well, and that disengaging or outright running is better than exposing himself to danger.

Imagine a scenario where you enter a street fight, and crush your opponent because of your skill, to the point of him being a bloody mess. When the inevitable investigation or lawsuit finally happens, it will be on everyone’s mind that you’re a trained martial artist, and you smashed this guy’s face in. The potential for legal issues makes entering a fight highly unappealing. 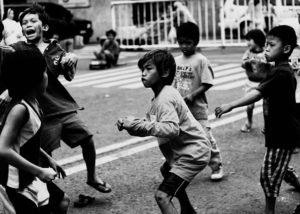 As said above, martial arts generally teach you to avoid fights. There’s no point in risking injury or death if one can prevent, de-escalate, or just run. A good martial artist will not only be skilled in combat, but also in staying calm and rational, and able to swallow his pride.

Do you think running is the best course of action in any fight?