5 challenges of being a female martial arts instructor 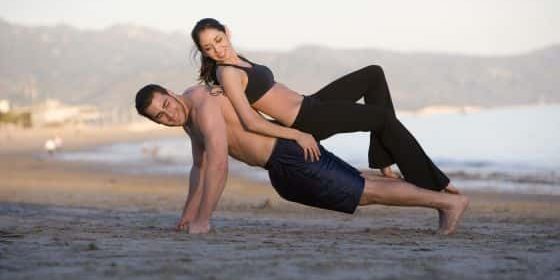 Let’s face it, whenever you go to a franchise chain gym, there’s probably going to be more male instructors than women. However, when you think of professional martial artists from the top of your head, how many women and how many men can you name of? Definitely one comes to mind is Rowdy Ronda Rousey, no doubt she has put women MMA on the map with her consecutive wins and signature armbar. The MMA craze with the media has blown up and attracted the whole world with huge interests in Martial Arts now bigger than ever before. Some people may still have an issue about having a female instructor to train them or others. Unless you are as worthy as Rousey and have proven yourself, then would a female be better or equal to a male instructor? The different sex becomes a big part of it and we don’t like to admit it but it’s just how the world sees it.

It has been said that a lot of gyms and fitness studios prefer to hire men because they make more money than the women instructors. This is because men are more willing to look at their role as a long term career whereas not many women do, therefore men seem more passionate about their jobs. Also the majority of membership joiners are middle aged women, and most of them prefer to hire men as their instructors. One reason for this is because they feel uncomfortable being around a hotter woman, and this will make them feel discouraged. Another reason is because some women feel when receiving compliments from men, they will feel more special and motivated than receiving from a woman.

Women are too soft

On the other hand, some students might want a female instructor because they think they will be softer or kinder, or just in general nicer and take it easy on them. Men could be seen as super strict and hard on you. Always on your case about your diet and has that drive to really push you to complete that last rep. To be honest everyone is different, just because they are men or women doesn’t mean they both can or can not be nice or aggressive. It all comes down to how their personalities are and what their training style is like.

Men are stronger than women

People in general like to have men instructors because men are stronger. A woman’s body cannot produce the muscles that men easily can, and if they wanted to it will take a lot more time. The alpha male with every muscle popping out their tight t-shirts are very likely to be a good trainer and knows their stuff. Men with a strong physique is seen more attractive as a personal trainer, and people just generally want to train with people that look the part. Then again you have the women who would prefer a women instructor because they feel comfortable with their own. Although some female personal instructors constantly struggle to convince their female clients that it’s ok to lift weights. Their goals may somewhat look like the womens instructor physique rather than the men and to train with them is their motivation.

Women are only doing it for the money

Some argue that females have it easier because some men like to train with a pretty woman. It’s easy for a woman to lead a man on and keep taking his money, however they won’t achieve any job satisfaction or commitment from the client, and they probably won’t last very long as an instructor. When women are perceived like this, then it makes it difficult to know if they really do know if they’re passionate about their work or if it’s just for the money.

Some may feel women are more knowledgeable than men because if you were a female martial arts lover, you must know a lot of stuff about it. Rather than men just like the aspect of fighting and beating people up. But it is also shown that men are more passionate and serious about their jobs because they love what they do and see it as their long term career. In the end, it’s all down to you and what you want to achieve from your performance, these are just some challenges women face today, but everyone is different and you should experience it for yourself and give both a try.

If you’re still struggling to choose, ask yourself the following questions.

What is my ultimate fitness goal?

What type of instructor will best help me get there?

What are my weaknesses when it comes to performing in class?

What type of instructor will keep me motivated to succeed?