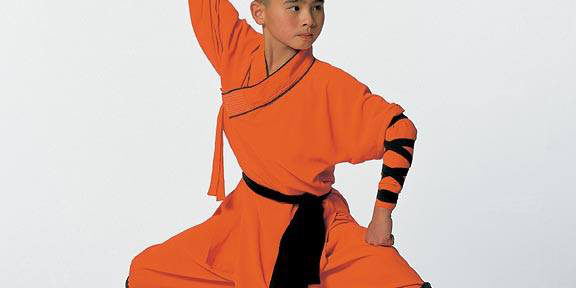 How much do you know about Shaolin Kung Fu? This most popular form of the Chinese martial art is everywhere, mostly thanks to its wide base of influence — as well as its place and presence in pop culture and history. The so-called “best martial art under heaven” has several interesting facts attributed to it just because of its popularity and its long life.

First off, despite its Chinese name and origins, did you know that Shaolin Kung Fu was actually founded by an Indian monk? Shaolin was started by Buddhabhadra, or Batuo, who arrived in China in 464 CE to spread Buddhist teachings.

Another fact is that Shaolin Kung Fu is almost everywhere you look — even appearing in movies that aren’t technically martial arts films. Its influence is so strong and prevalent that filmmakers choose to include it. For example, Star Wars makes use of Shaolin Kung Fu — especially in its philosophies and history, weaving them into the Star Wars universe. George Lucas claims that he borrowed some of the Shaolin teachings and applied them to the Jedi Order. The feud that the Jedi Order had with Emperor Palpatine may also have been taken from the quarrel the monks had with the emperors of China’s Qing dynasty.

You may have also noticed that Shaolin monks inscribe nine dots on their forehead. This is the Jieba, and these dots indicate that a monk has finished his training. Each of the nine dots represents a tenet in the Shaolin discipline, and each monk undergoes a long ritual before earning the Jieba on his head. However, this is no longer a common practice in modern Shaolin Kung Fu.

Speaking of history, Shaolin monks were also responsible for defending China from Japanese pirates. This happened in the 16th century, in the heyday of the Ming dynasty. “Dwarf pirates” from across the sea in Japan were raiding the Chinese coast, and monks were sent to defend the land from these raiders. The monks fought the pirates in four tough battles until they were finally able to drive them back in the fourth skirmish, proving the martial art’s superiority in combat.

Finally, Shaolin didn’t initially have a martial arts component. When Batuo established its first monastery, it was originally a place for meditation and learning. Only around the 5th or 6th century when another monk named Bodhidharma came into the picture did physical training become an essential part of this martial art.

Have you seen Shaolin’s practitioners at work? Do you think you could become one of them?