Life or Death! – How Martial Arts Can Save Your Life 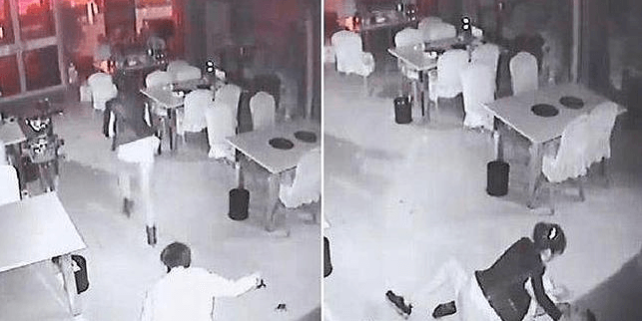 While it can be easy to focus on their competitive aspects, their use as fitness training and exercise, or on the peaceful philosophies that they teach, there is no doubt that martial arts can save our lives. In situations in which our safety and welfare are at risk, the knowledge learned on the mat can play a key role in emerging unharmed from a difficult situation.

On April 7, 2015, one such incident happened to a waitress in a restaurant in China, highlighting the self-defense power of martial arts. The alleged perpetrator, a man by the name of Jin He, knocked on the door of a closed restaurant, asking the waitress to let him use the bathroom. The unsuspecting waitress opened the door, and once inside the man assaulted and attempted to rape her.

Fortunately for the waitress, she was a martial arts expert. Using her expert handling of her martial arts discipline, she threw him to the floor, and straddled him, grabbing him by the throat  and warning him away from her. Shortly thereafter, when the girl left the restaurant, the aggressor decided to attack her  again, this time on the street. The waitress knocked him out again with the same ease as the previous time. The security cameras both inside and outside the restaurant were able to capture the scene as it unfolded.

Police detectives were able to identify the attacker using the footage from the incident, and two weeks later he was arrested and charged with attempted rape.

The waitress, meanwhile, escaped  both attacks unscathed. Her martial arts knowledge saved her life and well-being on two occasions in the same night. If this isn’t a case for learning martial arts to defend oneself, we don’t know what is.