Bring the Noise! – What is Kiai, and Why Do Martial Artists Do it? 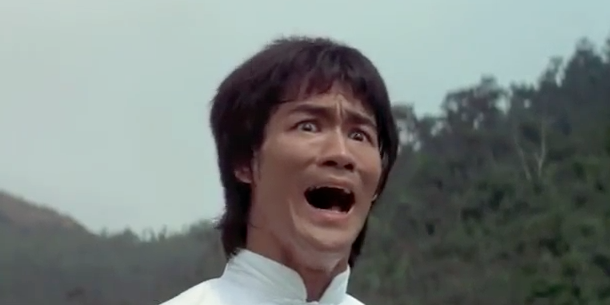 When observing martial arts masters of any discipline, you might have heard them combine their powerful physical moves with oral shouts or yells. Legendary martial arts master Bruce Lee, for example, had a distinctive “wa-tah!” shout that he used with many of his moves. While it may seem like an involuntary expression of aggression and release, these shouts are actually a carefully-considered part of many martial arts. Known as “kiai,” they provide a variety of benefits to fighters.

The word Kiai is a composite formation: “Ki” means mind, spirit, energy, resolution and “Ai” which means unite. It comes from the contraction of the phrase “ki ga au,” which is to say “harmonize.” The idea is that kiai harmonizes the funneling of your energy with that of your opponent, giving you greater energy behind every strike that is accompanied with kiai.

Many martial arts disciplines make use of Kiai. Some of them focus on a particular sound, others directly relax themselves and release pressure through an unintelligible scream. The truth is that the Kiai is known as an expansion of energy exhaled during the execution of an attack.

Through the Kiai you can maximize the power of each beat of the fight, and you can even confuse your opponent, break his tempo, and make him desist in his attack. Such an intimidating scream is the first resource of human beings when faced with a threat or dangerous situation, and its effects go back to the primal nature of humans.

Through this technique, martial artists can also  control their breathing, allowing them to stay focused during a combat or confrontation. Kiai will help rapidly exhale spent air from one’s lungs, allowing a fighter to better oxygenate themselves. The diaphragm will also be contracted at the moment of the kiai, which will allow a fighter to take a hit better. The focusing aspect of kiai itself also steels the fighter against damage. 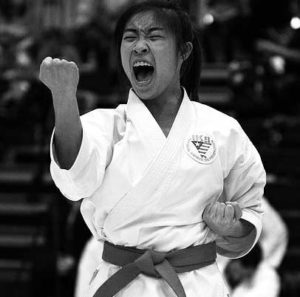 Kiai is found in many different martial arts, and handled in different ways. In kendo, for example, kiai is a mandatory element in training, and points will not be awarded to students if they do not accompany their strikes with powerful shouts. Karate extensively teaches kiai and may use the power of a student’s kiai as a metric of progress. In the past, there was even an entire discipline known as kiai-jutsu, which was solely focused on the development of one’s kiai technique to the point that it could even stun an opponent.

Kiai is more than just shouting. A loud shout isn’t always a kiai, and a well-executed kiai is not always loud and long. Ultimately a large part of kiai has to do with how it focuses the mind and body, and masters may not find need for the loud, powerful shouts to which students are accustomed. Kiai is the product of one’s focus and determination, and how it manifests will always be unique to the person using it.