What Do You Know About Roman Gladiators? 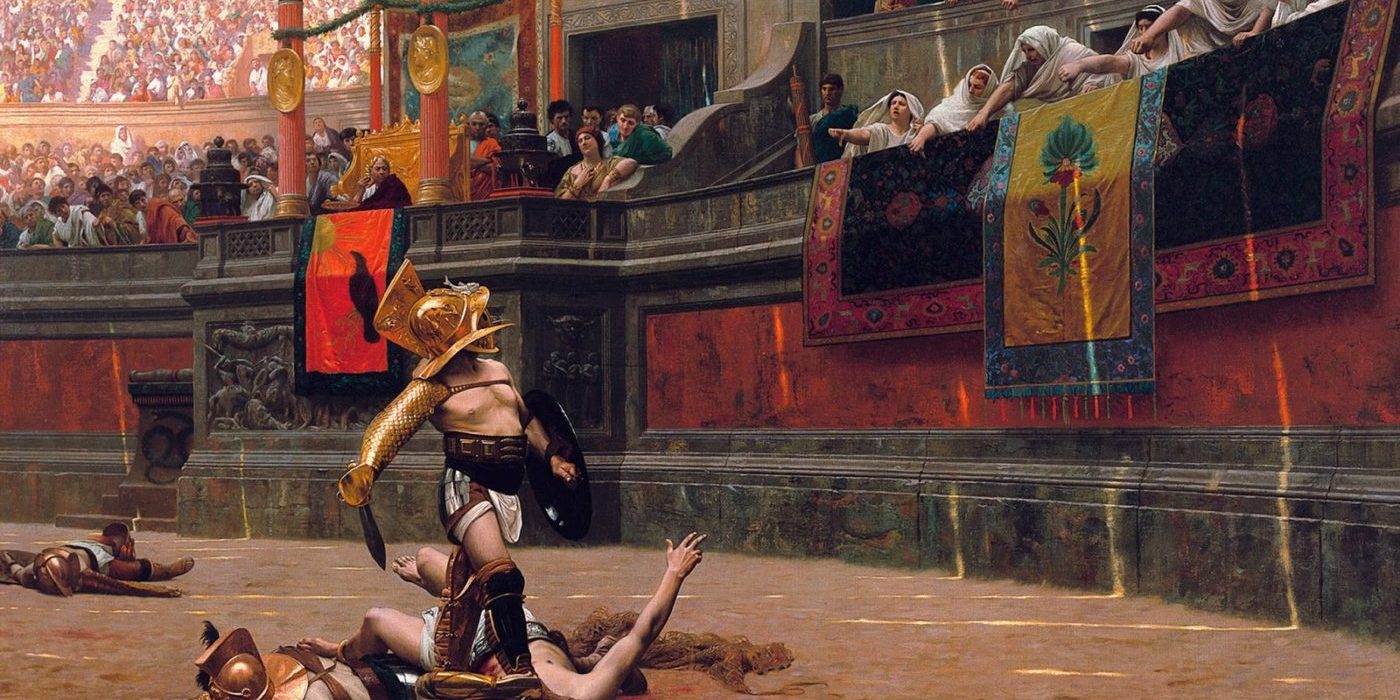 There’s no discussing Rome, that most martial of civilizations, without also discussing its gladiators. After all, the Colosseum was so solidly built it still stands, a testament to that facet of Roman culture.

In their earliest origins, gladiator fights, or ‘games,’ to the Romans, were intended to honor the ancestors of the man paying for the games. They also served to keep morale up in times of war, especially when Roman losses had been heavy in the field. Of course, it didn’t take long for them to be turned to political purposes. Julius Caesar, for instance, held games that featured 320 gladiator pairs, the largest so far seen in Rome. 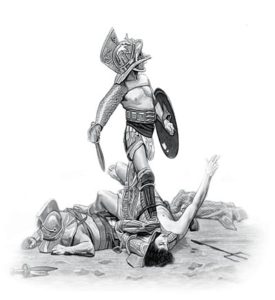 Save for a few unique matches, gladiator fights were one-on-one. They were originally against two similar types of combatants, but in later years, it wasn’t unusual to see lightly-armed fighters going up against heavily-armored gladiators. An example is the retiarius, armed with a net, a trident, and a knife, fighting the murmillo, who fought with a sword and was protected by a large helmet, a shield, and an arm-guard.

There were many different types of gladiators, and in earlier times, they were intended to depict Rome’s enemies of that period, such as the Samnite and the Gauls. The fighters themselves were of all types. The most skilled were people who enrolled in a gladiator school for the chance of fame and fortune, along with regular food and housing. There were also slaves condemned to the arena as punishment for their crimes, but by far the most common were enemy soldiers taken prisoner during war. 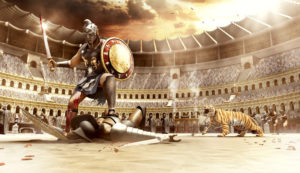 Of course, such origins could very well lead to resentment, most notably in the case of the Spartacus revolt. Seventy gladiators managed to escape from their school, and after several notable victories, Spartacus’s force numbered around 70,000 in all. Only the most determined resistance and an equally brutal punishment stopped them.

A lot of popular culture focuses on the Roman gladiators. What do you think of them now? A brutal spectacle, or a noble and proud martial art tradition?