South Africa Is Teaching It’s Girls Self-Defense…But The Boys Are Learning Something SURPRISING. 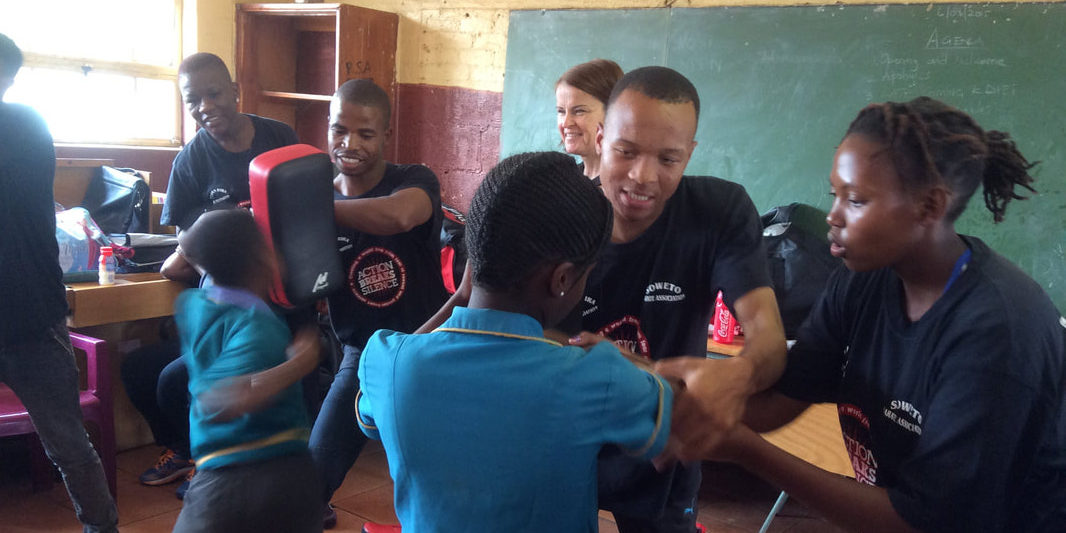 The South African charity Action Breaks Silence works with schools to educate girls in self-defense and mental strength, however, with the boys, they have taken an entirely different and are focusing on teaching Empathy and how to express emotions. So far, more than 12,000 girls and over 1,300 boys in 150 schools countrywide have been through the programme. 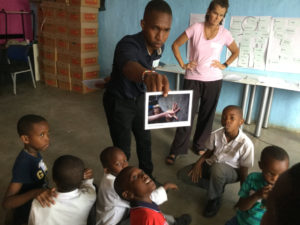 The founder of Action Breaks Silence, Debi Steven, is a rape survivor and has been empowering women and girls by teaching personal safety workshops to individuals, schools, universities, and companies for the past 25 years. Action Breaks Silence offers free training to at-risk women and girls in South Asia and Africa. “Violence has been normalized in South Africa. There is so much rape that people have become desensitized to it. If I have been educated about what is wrong and right, I will know what abuses it, and I am going to identify it the minute you start abusing me emotionally, physically, sexually, financially.”

In recognition of her work, Steven has received the International Women of Change award and the UK prime minister’s Point of Light award, both in 2016.

Action Breaks Silence has two types of educational programme:  Empowerment through Self-Defence, a programme for women and girls, and the Hero Empathy programme for boys. 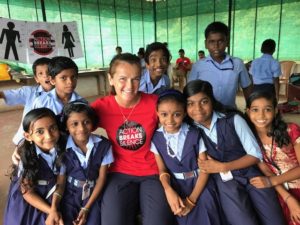 The training is currently being offered in state schools and community groups in Soweto and Pretoria West/Atteridgeville and it ensures that female participants learn physical self-defense and how to read and react to potentially risky situations.

“Don’t ever, ever make the mistake of being in the same room as someone you don’t feel comfortable with because your guts have warned you.” says trainer Dimakatso Monokoli, “They have sent you a message — you are not supposed to be alone with that person.”

The children she teaches learn to be confident and self-assured, “We are warriors,” says 11-year-old Nonkululeko. “I have this amazing drug in me – adrenaline – that helps you fight. It helps you to do almost the impossible.” 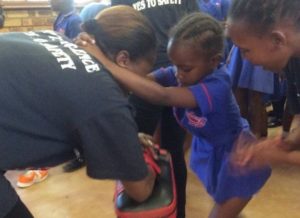 The boys are encouraged to show emotions and develop empathy for other people’s feelings through the use of role-playing games.

“In an African community, it is often taught that boys should not show emotions. When you show emotions, it is a sign of weakness,” says instructor Isaac Mkhize.

Obviously, both sexes could benefit from learning both self-defense and Empathy, but by focusing specifically on what problems each side faces, this is a much more effective way of getting fast results. 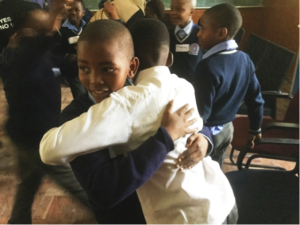 The charity trains and employs local people from the communities as instructors. This helps to provide full-time employment and attempts to create safer spaces by involving the wider community, thus creating awareness of the need to eradicate gender-based violence in their own communities.

Although this type of training is vitally important in South Africa, there really isn’t a town or city that wouldn’t benefit from this strategy.