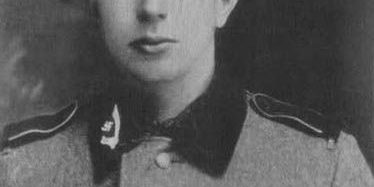 The son of a gamekeeper, Eric Pleasants was a young man from Norfolk, England, who, at an early age, developed an interest in both wrestling and boxing. He entered the ring young, earning a reputation and the nickname of ‘Panther’ by his mid-teens. One day he woke up seeing double, and was subsequently advised by the doctor to stop boxing – head injuries, after all, shouldn’t be taken lightly. Unfortunately for boxing-mad Eric, it felt as though his world had collapsed around his ears.

Still, there was always wrestling, and over time, Eric excelled in the ring, becoming a champion grappler, as well as finding work as a bouncer, and bodyguard. There’s no doubt that he would have had quite the impressive athletic career in front of him, had it not been for the outbreak of the Second World War.

For all that he was combative; Eric was also greatly stubborn, especially towards authority. In July 1940, he was working as an agricultural laborer in Jersey, when the Germans occupied the Channel Islands. Eric quickly fell afoul of the German authorities and was sent off to a prison camp. To better to pass the time, the prisoners organized boxing matches between themselves, and Eric wasted no time at all in joining them. At the same camp, he eventually signed up with the British Free Corps, a group of volunteers who served with Germany’s Waffen-SS.

According to journalist Adrian Weale, Eric told his recruiters that there was no point trying to persuade anyone by inspiring them against Bolshevism; he was there to have a good time. To quote Eric, “I was on nobody’s ‘side’ except my own, neither traitor nor partisan, and I never fought for anybody except myself.”

Whatever his reasons for joining, his reputation as a boxer saw Eric picked out for the SS pioneer boxing team in late 1944. In Prague, his first bout was against an SS policeman, a fight that Eric won. This victory led to more matches, and most notably he fought against heavyweight champion Max Schmeling in a series of exhibition bouts. These fights, organized in the Nazi officers’ messes, were the height of Eric’s boxing career, long after he’d given up hopes of boxing again.

As the war came to an end, so did Eric’s unexpected career as a pugilist. In 1945, he defected from the Waffen-SS, before being captured by the Soviets and sent to a Gulag within the Arctic Circle. Never one to give up easily, Eric survived the harsh prison regime, and after being released in 1953, he returned to Norfolk, where he settled down, becoming a PE teacher and judo instructor.

What do you think of Eric Pleasants and his rather unusual boxing record?