The DANGEROUS World of Movie Stunts 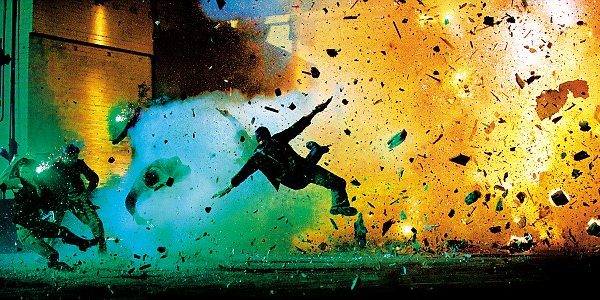 You know that scene in your favorite action film, where the protagonist jumps from a helicopter onto a speeding train? What about the one where he dives through a shattering pane of glass and onto a garbage dumpster four stories below? Chances are, you’re not watching the top-billed actor do any of these amazing stunts – most of the time, these scenes are thanks to cinema’s brave stunt performers.

Professional stuntmen and stuntwomen handle all the dirty, dangerous work onscreen for the lead actors and actresses of their respective films. They’re the ones you see during fast-paced cuts in car chases, falls, and fight scenes, risking life and limb so that the movie is as intense as possible.

And yes, there is a risk – no matter how safe you try to make a stunt, it just can’t look real without being dangerous! The falls and car chases are actually happening – no amount of clever camera work can avoid having to actually fall or drive around. Stuntmen have died, been paralyzed, or otherwise suffered permanent injury from stunts gone wrong. It’s all an occupational hazard for them.

Some of the most famous stunts in cinema include the series of incredible car chases and stunts in Mad Max: Fury Road, and the tremendous rolling car jump in the James Bond film The Man The Golden Gun. These stunts were performed in motion, and are pretty much as crazy in real life as they were onscreen!

Some actors are famous for performing their own stunts. Jackie Chan has done almost all of his death-defying stunts, including the incredible scene in Police Story III where he hung around from a flying helicopter. Tom Cruise has done some incredible stunts as well, with his recent hanging-from-a-plane-scene from Mission: Impossible – Rogue Nation taking the cake for “jaw-dropping.”

What are some of your favorite stunts in cinema? Do you know about the stunt performers behind the scenes?