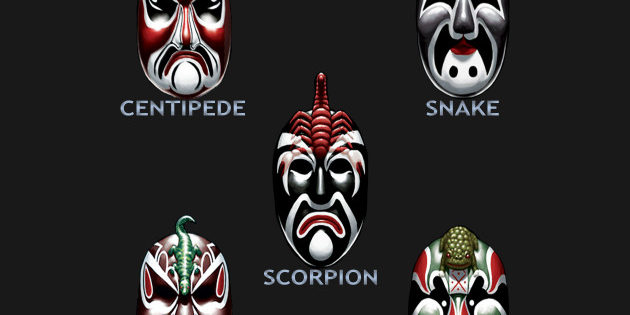 The story focuses on a dying master’s wish for his last disciple, Yang Tieh, to search for his previous students: Centipede, Snake, Scorpion, Lizard, and Toad. His last request was for a righteous disciple to recover an ill-gotten treasure and donate it to charity.

However, the master’s five disciples had taken different paths, eventually rejecting their moral code of martial arts, and using their powers to dominate and exploit the masses. Only two students stayed true to their ethical beliefs.

The film is set during China’s Song dynasty — a time when China enjoyed a very ordered society through courts and emperors. However, in the story, the realm is separate from the courts and the daily lives of everyday people, with colorful spaces for good and evil to settle their fights.

The film is all about how righteous men fight against the corrupt and greedy. It outlines the ancient and unfortunately abiding belief that corruption is inescapable. This is evident when the Snake invites the highest official in the country to his house through bribes of silver.

One of the takeaways from this movie is that the world will always struggle with those who hunger for wealth and power and that we should all hope that, like our characters, a determined few can overcome this evil.

If the Communist Party were considered righteous at that time, the film could have debuted as a kung-fu flick in mainland China, as it would have represented their struggle.

Yang Tieh plays the fool for most of the film. It is his childish and exaggerated personality that means other characters keep underestimating him. The way he carries himself leaves the Centipede unprepared, allowing Toad to catch him. Yang Tieh is always where he needs to be at the right time.

The struggle of Yang Tieh and his kung fu brothers continues to be applicable, even today. A 35mm version of the film was recently restored and featured at the Drafthouse Theater.

U.S. rapper and producer RZA raves about the film; like other New Yorkers from those days, RZA spent a lot of time in the theaters, and dreamt of living a better life than he did – this movie was a great source of inspiration for him. Even the cast of the documentary The Black Dragons noted that this movie was a primary influence.