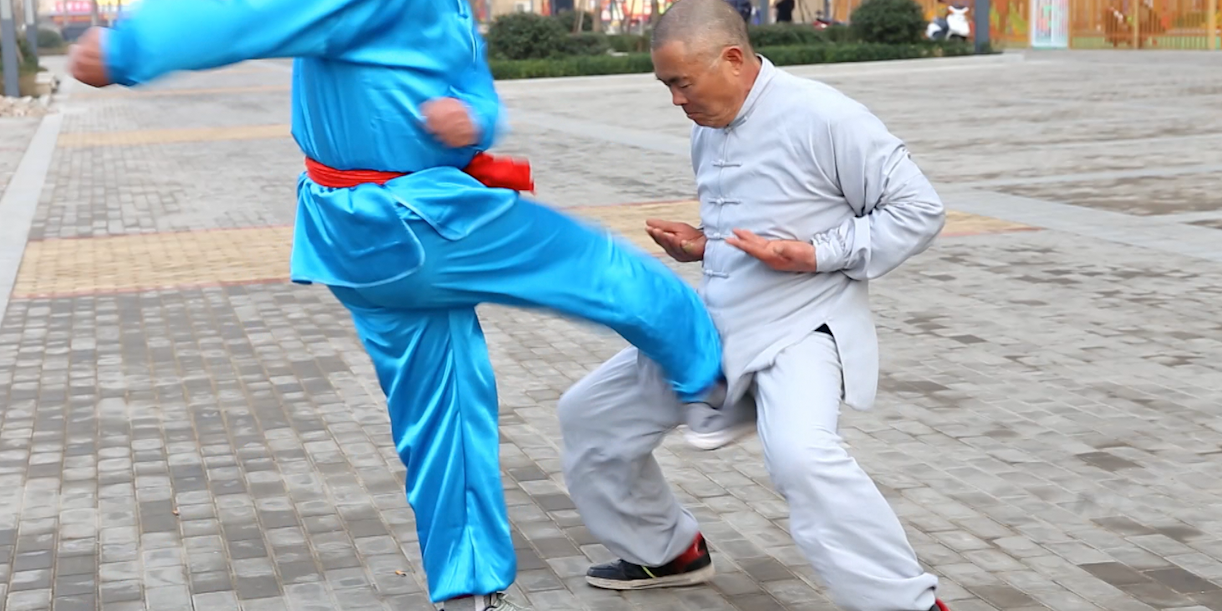 This is going to sound completely weird, but it’s true; there is apparently a branch of kung fu that focuses on strengthening the male groin area.

Kung fu has many spin-off branches now, but this may be the strangest. Master Wei Yaobin of Luoyang, China is a practitioner of Iron Crotch Kung Fu, which he claims is a method of building up your body’s resistance and immune system by delivering blunt force trauma on one’s nether regions!

Master Wei started practicing Iron Crotch Kung Fu when he was 67 and has been doing this for ten years. He insists on bashing his genitals with a brick, having other people hit him there every day, and he swears that it has strengthened his resistance. He claims to have had fewer fevers and colds, and that it has protected him against erectile dysfunction and premature ejaculation.

Amazingly, there is no scientific proof at all that Iron Crotch Kung Fu does what he claims. However, this hasn’t stopped other people from practicing this so-called martial art, with Master Wei claiming more masters are opening studios to teach it, and students are signing up to learn the scrotum-bashing secrets.

One of the exercises in the Iron Crotch Kung Fu training regimen involves taking a heavy wooden battering ram suspended on a pendulum and ramming it into a student’s privates. The Iron Crotch practitioners don’t seem fazed by the impact on their sensitive areas and seem happy to submit themselves to more ball-battering!

There are no claims by Master Wei on how this affects combat performance or self-defense, but the clear benefit would be one more well-protected part of the body during a fight, at the very least.

Harder balls? Is that even possible? Sound off in the comments!