How the Iconic Sounds of Martial Arts Movies are Made 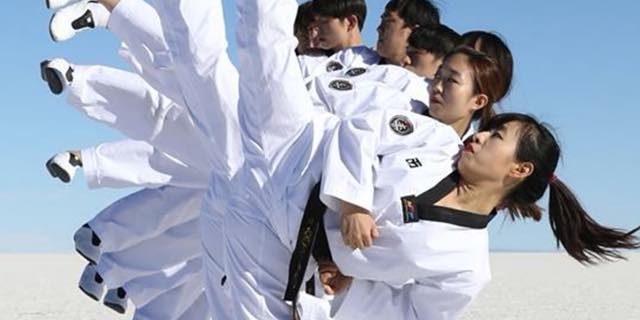 Have you ever wondered how your favorite martial arts movies are made to sound the way they do? The genre is known for some cheesy, over-the-top sound effects that don’t accurately reflect real life but are still pretty wild to listen to.

It’s common knowledge that sound design in films involves a studio crew manually recreating what they feel are the best sounds to accompany the visuals on the screen. This is because not everything sounds perfect when filmed — or cameras and microphones don’t capture certain sounds. As you can imagine, it’s a pretty fun process to observe!

Hong Kong cinema’s 1960s and 1970s Shaw Brothers martial arts movies have a distinct sound that readily identifies their films and sequences. A documentary called Fists of Fire highlights the Shaw Brothers movies, with a team of sound designers seen banging pieces of wood and whipping cloths and towels to make punching sounds. It seems that harder hits, especially those of the protagonist’s, are given the wood treatment to sound more impactful.

There’s still the practical effect of fists hitting each other. A sound designer can be seen banging his fists together in boxing gloves, while another loudly claps while wearing leather gloves. Many designers dub the sounds over the visuals all at once, especially during fight scenes that involve more than one person.

The documentary also shows a team of sound designers using a sampling machine to adjust the pitch of the impact sounds without resorting to practical effects. This is a more modern invention and is quite useful when there’s only one sound designer present to work on the movie.

There’s no explanation of why martial arts movies of the ‘60s and ‘70s sound like this. Our only guess is that they did it so the action sounds larger than life! It’s a pretty fascinating look at the mindset of filmmakers back then, and how they thought the action should be conveyed.

Do you think these over-the-top sound effects detract from or add to the action scenes? What about older western movies like Rocky that also feature explosive hand-to-hand combat sounds?