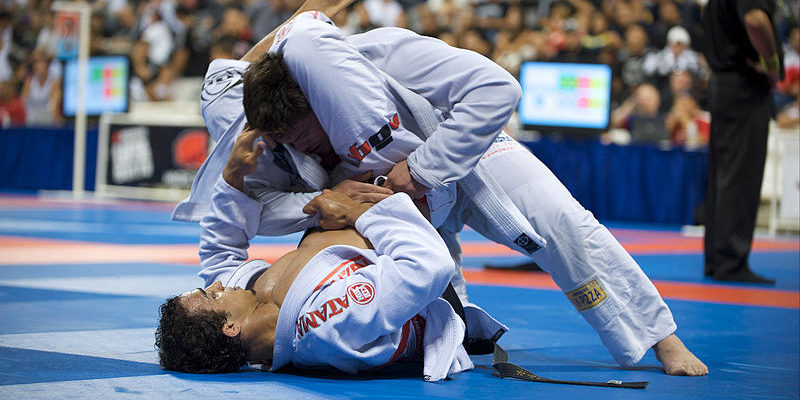 Brazilian jiu-jitsu was formed from the framework of Kodokan judo grappling, and as a result the two martial arts can look quite similar at times. However, while their forms may look the same, and they may share a few moves, they’ve evolved in rather different directions. Here are some of the ways in which judo and BJJ differ.

Judo focuses on the throw. A judoka aims to grip his opponent, unbalance them, and then throw them to the ground, where their effectiveness is reduced. Meanwhile, in BJJ, the fight begins with the throw, rather than ends with it, and BJJ emphasizes the struggle on the ground for a good position and a submission after the throw. 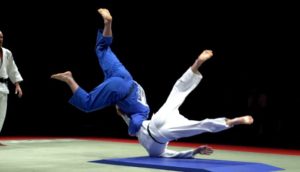 In judo, competitors aim to get an ippon, or a single point, which can be achieved by performing a complete throw with both power and control, or pinning one’s opponent for 20 seconds. An ippon ends the match with the victor being the judoka with a good pin or throw. One may also earn a waza-ari, or half point, which is given for a throw lacking either control or power, or a 10-second pin.

In Brazilian jiu-jitsu, competitors score points for every executed move or assumed position. Takedowns, throws, and sweeps earn 2 points, various mounted positions earn 4 points, body triangle from the rear earns 4 points as well, and a knee on stomach dominant position earns 2 points. To secure points from any of these, the competitors must show that they are in control for at least 3 seconds. 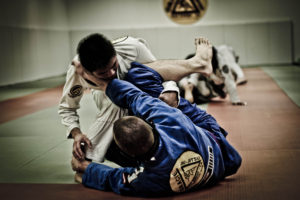 Judo in the form we know today was founded in 1882 by Jigoro Kano, on the core of jujutsu, a much older Japanese martial art. He was incensed by the bullying at his school, and aimed to find a place to train in jujutsu. He later opened up a school at a Buddhist temple, which would grow into the Kodokan that we know today.

BJJ came later when several judo instructors opened their practices in Brazil, aiming to spread their art around the world. Siblings Carlo and Helio Gracie were taught by one instructor, Mitsuyo Maeda, and then developed it into their own form, which we now know as BJJ.

Judo and Brazilian jiu-jitsu have their shared histories, but they’ve definitely evolved into their own unique branches. Which of these arts do you prefer?