The Karate Kids! – What Benefits Do Children Get? 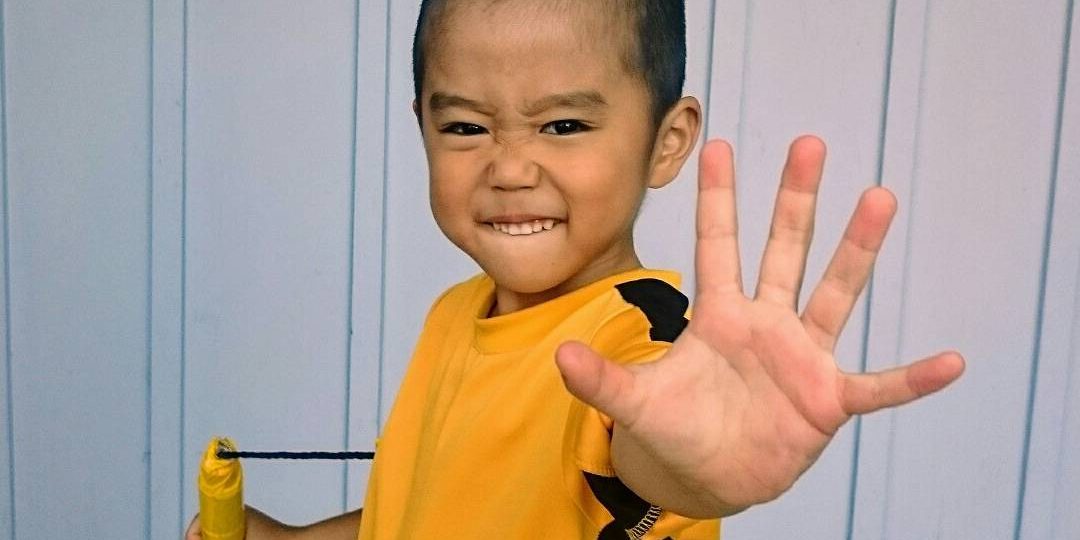 With some 50 million practitioners worldwide, karate is one of the most popular martial arts in the world. Plenty of dojos offer their services to members of all shapes and sizes, but children benefit in very unique ways from practicing this discipline. Karate comes with a whole host of physical and mental benefits for children who start it from an early age.

Born in Japan hundreds of years ago, karate has its roots in a fighting system developed on the Ryukyu Islands in Okinawa. After the first karate demonstration in Tokyo in 1922, the first karate club in the mainland was started in 1924, and eight years later there were clubs all over the major schools in the country. When martial arts movies became popular after the war, martial arts began to spread all over the world, and karate became one of the most prominent examples. Karate itself only became more well-known after the 1984 movie The Karate Kid, which spawned a huge wave of children being signed into dojos and learning the art that they saw onscreen.

Karate isn’t just a way to become a better fighter. It represents a lifestyle shift, away from careless thinking and acting and into a more disciplined way of life. Children can greatly benefit from all aspects of karate, from fitness to mental health, and here are some of the most important ways in which they do.

The obesity epidemic is real in countries all over the world, and people are more health-conscious than ever. Oftentimes, unhealthy habits and lifestyles begin at childhood, and by introducing kids to karate, they’ll constantly stay active during the critical years that may well determine how fit they’ll be for a long time. Karate features sparring, rigorous training for katas and moves, and plenty of other additional workouts that boost cardio, endurance, and overall fitness.

Of course, such fitness and activity require that the child maintain and commit to karate. It’s your responsibility to encourage your child to attend classes to keep them in tip-top shape.

Like most martial arts, karate doesn’t just train the body, but the mind as well. In a world filled with constant stimulation and excitement, karate provides an anchor of stillness and focus that children would do well to develop.

In addition, children will also gain respect for their peers and elders, and trust in their teammates and partners. They’ll also learn values such as honor, humility, and courtesy. Simple things like sparring partners bowing to each other even if they’re about to face off in combat, or standing still until their instructor tells them what to do, instill discipline and respect at once.

All these are superior traits to have and develop at a young age, and karate delivers in providing such character building.

Karate helps children come to terms with their fears and build confidence and self-esteem. It’s not simply that they know how to defend themselves, but the classes also create a sense of camaraderie among the students, and as they advance through the belts, they’re getting tangibly completed goals and a clear sense of progression that will definitely boost how they feel about themselves.

Meditation and learning from and about oneself are some of the key aspects of karate. Students will become aware of their emotions, their fears and misgivings, and will confront their own issues. Gichin Funakoshi, widely known as the “father of modern karate,” said that a practitioner of karate should be “inwardly humble and outwardly gentle.” Students must be open to criticism, and introspective enough to be able to see their own flaws. Only through careful meditation upon these flaws will they be able to conquer and transcend them. Such maturity and metaphysical awareness cannot be easily ingrained in children over the course of traditional education, and karate is uniquely equipped to impart it.

There are certain dangers with starting off a child programs in a karate school. After the explosion of popularity of martial arts, many low-quality schools opened up their services to hapless students and parents who wanted to get their children into the arts. Such schools are often derogatorily called “McDojos” by the martial arts community.

If you want to get your children the best-possible quality of education in karate, you must research on schools and pick the right one for your child. Some warning signs include a track that leads you to a black belt in a few years, 10-year-old black belters, a lack of sparring, and a de-emphasis on the discipline and meditative aspects of the art in favor of focusing on flashy moves and crowd-pleasers like board-breaking shows.

That said, once you’ve picked a good school and signed your child up with it, you can expect that they’ll be put down a road where they’ll come out far better for having gone on that journey.