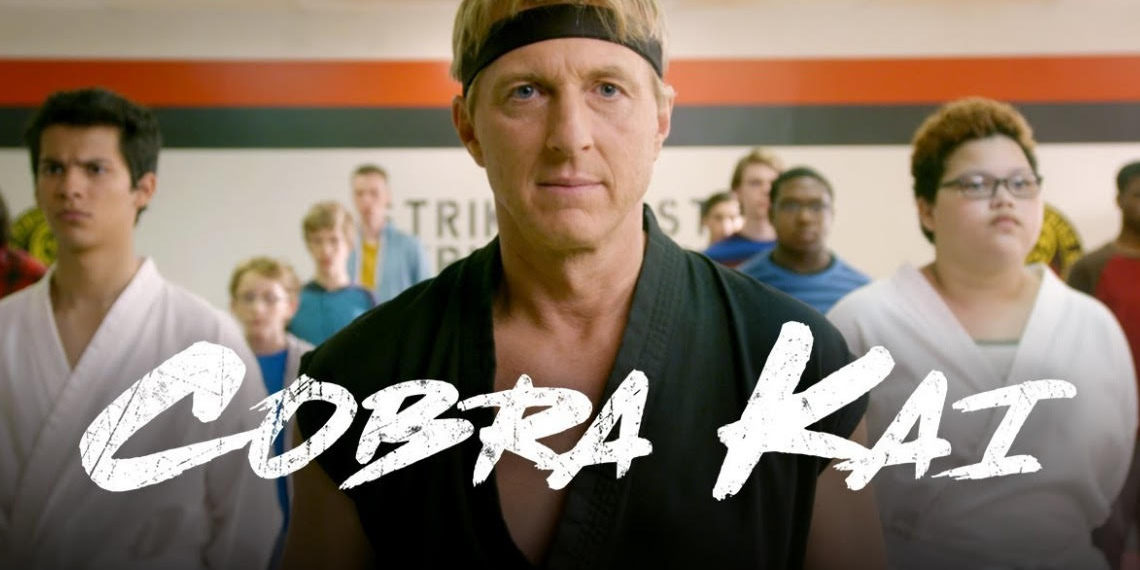 Is karate dead or is this reboot exactly what it needs? Bringing back childhood dreams, the two original actors from the original Karate Kid are back on screen in this 30 year in the future take that sees two very grown up men who although have their own mundane businesses on the side, decide to relive their childhood and re-open their own karate schools. Let’s face it, Cobra Kai is like a wet dream for Karate Kid kids who still think that somewhere, somehow, they have what it takes to be a karate grandmaster but in reality cannot even see their penis anymore.

The series itself was released on YouTube Red, after a battle of coin (rather than karate) with four other top TV sites for the rights – including Amazon, AMC, Netflix and Hulu. With so much attention, the feelings were that although cheesy, this remake, with the original characters would strike a chord with Karate Kid fans worldwide, and for those too young to know about the wax on wax off metaphors, maybe re-spark their interest in karate.

Somehow, 30 years after the pair battled it out in the old Cobra Kai, Danny LaRusso (played by Ralph Macchio) and Johnny Lawrence (played by William Zabka) happen to be in the same small town with the same ambitious idea to open up a karate dojo despite their successful careers doing normal jobs for normal people. Although a comedy, the series starts with possibly intended bad clichés such as “mercy is for the weak”. What we learn however is that some rivalries never end and the two restart on their journey to beat each other’s ass (in a professional karate fashion of course) decades later. 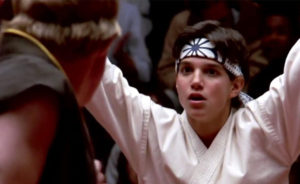 If we skip over the questionable personality traits of both men who seem to want to still fight as grown men, then the premise is a good idea but maybe a bit strangely executed. Although Karate Kid was funny in places, the lessons and the karate that was on display were both serious and inspiring – however Cobra Kai has yet to step up to such levels.

Saying that, the series is a clear homage to the original and is no doubt going to please a fair share of Karate Kid fanboys…or should that be fanmen now?

Karate is, and always will be, one of the top martial arts in the world and a sport that inspires thousands of people in just as many ways. Bruce Lee, Jackie Chan and Steven Segal all produced amazing movies time and time again while maintaining their karate skills professionally on the side. The same may be said about Ralph Macchio and William Zabka. Their acting may pass but are they really qualified to fight karate and potentially inspire others to do the same if they can’t actually fight in real life? And if they have had training for this series, will the writers and directors pay enough respect to karate to create that inspiration that many may be looking for? 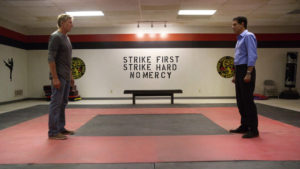 We’ll have to wait and see how the series pans out but for the first episode, the jury is still out. Sure there are fun elements, and it’s made to be that way. But unless we see some of the old Karate Kid ways; the old lessons and trials under Mr Miyagi style training then it may just miss the mark. Karate can be fun but let’s not trivialise it and put it in the hands of two now clearly inexperienced middle aged men. Maybe it’s time to trade karate for a lifestyle of yoga and wheatgrass smoothies – or failing that maybe both men should stick to their day job. It’s clear that we are in the era of remakes, with so many franchises restarting – many of which fail horrendously. As big fans of Karate Kid, we hope that this is not the case, but we’ll have to watch some more before we change our minds.