This is What Martial Arts in Medieval Europe Looked Like! 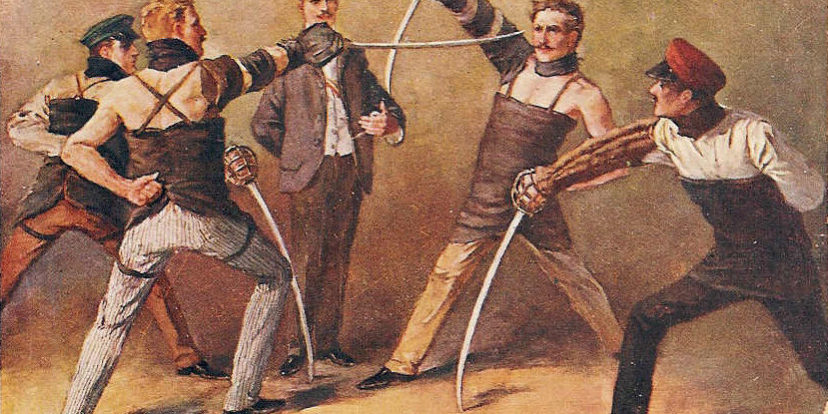 Have you ever wanted to swing a sword the way they do in the movies? Ever wanted to know what it was like to be a knight in shining armour? Ever wondered what it might be like to actually try out a sword for real?

That’s what Historical European Martial Arts are for. HEMA aims to revive the fighting styles of Medieval and Renaissance Europe as set down by combat manuals that survived from those eras. It’s not just about swords, though; the sword may be the most famous weapon from the time, but HEMA covers much more than just swordplay. Other weapons and weapon combinations like sword and buckler, or poleaxe, or even wrestling, are all covered by the manuals and come under the umbrella of HEMA. 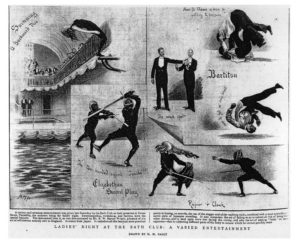 It’s both academic and athletic. It studies the original texts to see what the masters were about, and then puts those techniques into action in real life. It’s also a great leveler; while being physically fit does help a lot, it’s also about handling the weapon, which takes a bit of the focus away from the body. People from all walks of life and all ages practice HEMA, from soccer moms to math teachers to management specialists. A British HEMA club even counts a 70-year-old man as one of their students. You may have heard of Samantha Swords, who won the 2013 Harcourt Park International Jousting Tournament.

Equipment becomes necessary, but a good HEMA club will have wooden or nylon training weapons available to lend to newcomers. There are also companies out there who make equipment built for the HEMA community, and as the scene grows, prices are improving.

Clubs are springing up everywhere, in the most unexpected of places. There are HEMA competitions, like the Swordfish tournament in Gothenburg, Sweden, or the Longpoint tournament in Baltimore, Maryland.

Have you ever been interested in fighting with swords? What do you think of HEMA, now that you know about it?