This is Why Tai Chi is So Popular

Tai chi chuan, also known as tai chi, is a meditative Chinese martial art that promotes and strengthens not just the body but also the mind. The term – meaning “great polarity” – is derived from Taoist philosophy, where advocates believe that opposites exist because of and alongside each other, a concept called “yin and yang”. Tai chi practitioners believe that light and dark, male and female, and other dichotomies are all necessary for balance in the universe. These martial artists are trained in the discipline of harnessing that harmony into strengthening the self and subduing their opponents. 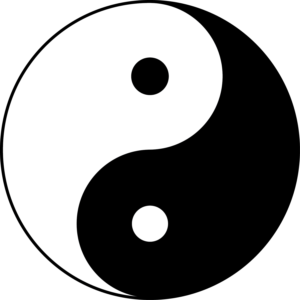 Compared to most other martial arts, which often rely on speed or aggression, tai chi is defined by its slow movements that enhance relaxation, calm, and inner peace. A common saying in the martial art is “four ounces can deflect a thousand pounds”; a tai chi master has in his arsenal a long list of deliberate and subtle gestures that use little energy to neutralize a bigger, more violent opponent. Since its development almost 2,500 years ago, it has branched out into different schools: chen, yang, wu (hao), wu, and sun.

There are a lot of benefits to learning tai chi. It is known to greatly increase balance, flexibility, and endurance while lowering stress levels. There is a low risk of injury due to its flowing, rhythmic style, and can be done anywhere, anytime. It requires little space and no special or expensive equipment. 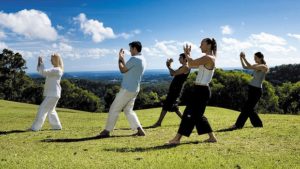 Tai chi is proof that aggressive and combative martial arts are not the only way to win a fight. It also promotes a more holistic view of strength and health where mental and spiritual wellbeing are just as important as physical power. Beginners and master martial artists alike will find many benefits to adding tai chi to their training programs.

Would you try tai chi? Why or why not? Let’s talk about it in the comments.