Tools of War – 3 of the Most Deadly Hand-to-Hand Weapons of All Time!

Let’s face it; the world is weird at times. Who knows, you could find yourself forced to fight one-on-one in an arena, just like a gladiator, and in such a case, it’s best to familiarize yourself with the weapons you might find.

Simplest of all is that most classical of weapons: the spear. It’s been the weapon of choice of pre-firearm armies for millennia, and for very good reason. A spear doesn’t need much in the way of training, as all you have to do is keep the point towards your opponent. It’s got good reach, so if your opponent has a shorter weapon, he’ll have to risk getting hit to use it. Really, it’s hard to go wrong with a spear. 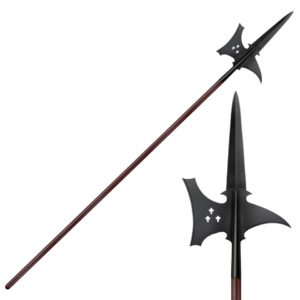 It is limited in options, though, so if you’d prefer something with more flavor, there’s the halberd. Take your average spear, add an axe blade just beneath the head, and now you can add swings instead of just stabbing. The axe blade also helps deal with armor while still keeping some reach. With a little imagination, a halberd can also serve as a tripping hook; once your opponent’s on the ground, there’s not much he can do against a follow-up strike. 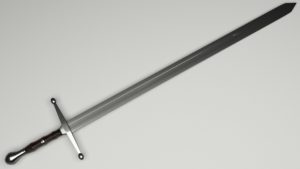 Now, in terms of best number of options, it’s hard to beat the longsword. This two-handed weapon doesn’t have quite the reach of a spear or halberd, but it’s unmatched in terms of flexibility. Against a typical opponent, the blade will serve you fine. Against armor, you can give up a little bit of reach and put one hand on the blade, a technique known as half-swording. This gives you better control over the point and turns the sword into a quarterstaff. If in need, you can also turn the sword around and hit the enemy with the pommel, as it makes for a very good bludgeon.

What do you think of your chances in a gladiatorial fight? What weapon would you prefer, if you really had to fight in one?