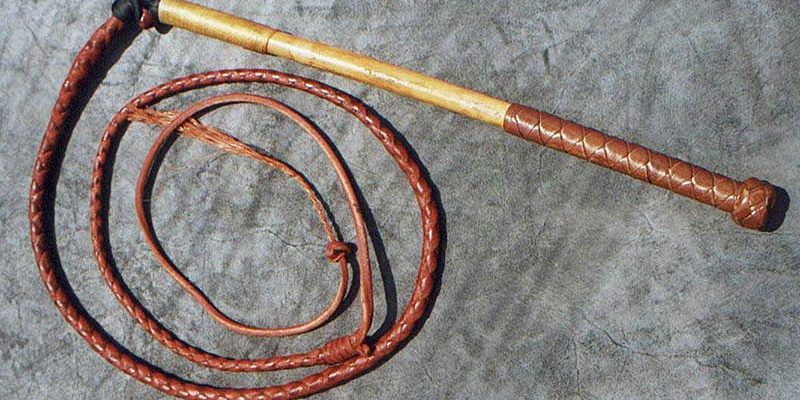 There’s a diverse array of weapons out there, and while you might know the most common ones, you may still be surprised by obscure weapons that you don’t encounter frequently! Here are some unique, alternative weapons used throughout history, including some that have made appearances in popular culture, even though you might not have recognized them!

There are different kinds of whips and a multitude of uses for this ancient weapon. Probably one of the oldest weapons in the world, whips are still being used today. Their warfare use has severely declined, and now they are mainly used for training animals.

No, this isn’t the name of a supervillain, but rather a two-faced hammer, one side of which is spiked, and the other blunt. Their primary purpose was to damage armor and penetrate the skin.

You might have heard of this weapon from Ramayana, the Hindu epic poem. Rooted in Indian culture, this disc was also the weapon of choice of Xena the Warrior Princess.

Think of this as a duo of chained shot puts. Easy to hide and quick to strike, the seemingly unpredictable but controllable movements of this weapon set it apart from your typical sword or mallet. Watch Quentin Tarantino’s Kill Bill: Volume 1 movie if you want to see it in action.

Ancient Ethiopia brought this curved blade to life. It’s quite effective in delivering strikes against shields and has been popularized by the Dark Souls video game franchise.

Created by the Japanese, this weapon is a deadlier version of your typical grappling hook and relies on speed and momentum to deliver lethal strikes. It’s the weapon of choice for Daredevil’s Nobu Yoshioka.

An impressive and intimidating sight, this is the kind of alternative weaponry that’s best suited to the universe of science fiction, as it has no practical use in actual combat; the grand ball maybe or glorified jazz hands perhaps.

If you have ever admired Darth Maul’s double-edged lightsabers in Star Wars: Episode 1 – The Phantom Menace, then you’d appreciate this curved, double-edged dagger from India, which can stab and slice with precision.

Just like Rey from Star Wars: The Force Awakens, you can surely use this to fight off opponents in the field. At its core, this weapon is essentially a 6 to 9-foot, steel-tipped, wooden stick.

Ninjas love this weapon! Think brass knuckles, but one for each finger, complete with incredibly sharp spikes.

Before guns became infantry’s long-range weapon of choice, there was the bow and arrow. This deadly accurate weapon is still highly popular today, though primarily in sporting competitions and hunting.

Do you know of other alternative weaponry? Which is your favorite from the list?