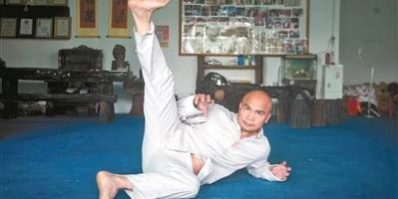 No, this is not dogs fighting Kung Fun, either in a Disney Pixar movie or in real life. This is an ancient martial art found in remote parts of China, colloquially referred to as Dog Kung Fu, and it is dying out.

The dog has had its day it seems with the ancient tradition of Dog Kung Fu according to Li Wijun, president of three martial arts schools in Foshan, Southern China.

Over the years Wijun has taught over 3,000 students all kinds of martial arts, but sadly nobody wants to learn the way of the dog. 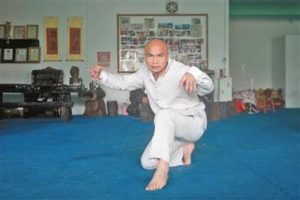 Maybe everyone has turned their eye on downward dog, and forgotten Dog Kung Fu!

The tradition is said to have originated out of southeast China’s Fujian province, where a group of Buddhist nuns gathered together to train in martial arts so to protect themselves from bandits, wild animals and any lonely men on their travels.

According to Wijun, the moves are not pleasing to the eye, but the techniques are really useful in real life situations. Fights have to act like a dog, fight like a dog and learn how to take a blow but get up and continue fighting without a second thought.

Like a dog, fighters need to stay low, making attacks against them into opportunities to strike back. This is perhaps why it’s not as popular – it’s really awkward to do. 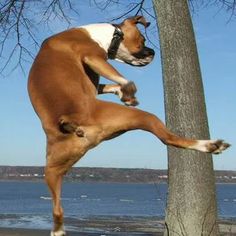 Also, thanks to the bad rep dogs have received over the last century, people in China and overseas look down on the animal, thus putting the style out of fashion. For Wijun, he learnt the tradition by pure chance, picking it up from an old kung fu master who visited his village when he was young. From then, he always looks to dogs for fighting inspiration. According to some sources, Wijun is now a master himself, with great powers that span a range of martial arts techniques. It is even said that he can crack open 150 coconuts with his bare hands in under a minute…