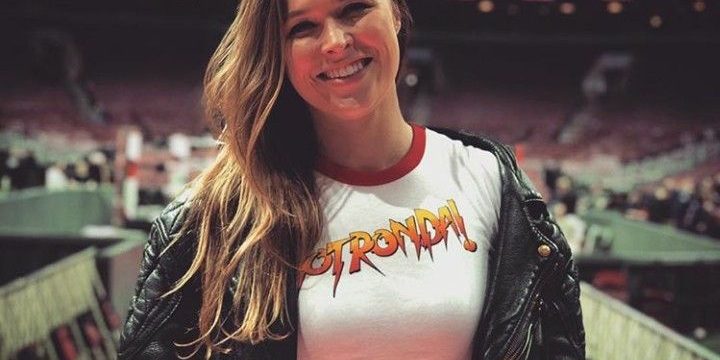 Ronda Rousey’s long awaited WWE debut did not disappoint fans who packed the stalls to watch the most feared woman on the planet take down her opponent on the big stage of WrestleMania 34 earlier this week.

This former UFC champion proved she had what it takes to transition into full-time pro wrestling. With her background in mixed martial arts, the change was not too challenging and it seems more and more believable to say that any ring that Rousey gets into, she absolutely dominates.

Walking into the ring wearing a Rowdy Roddy Piper leather jacket and red signature kilt, the crowds burst into applause and chants of ‘Ronda Rousey’ echoed through the 75,000 spectator strong stadium.

Triple H and Angle opened the day with some slow-paced fights, before teaming up against Rousey while the referee looked on.

Once she finally got the tag to enter into the ring, McMahon was already cowering on the apron in fear of this female beast, who quickly took onto the offensive with a blur of quick paced strikes in the corner.

However, after she was pushed away, McMahon performed a deadly DDT on Rousey before taunting her and pulling the ref out of the ring to avoid a pin countdown. Even though she protested, Rousey was suddenly thrown out of the ring.

Although fighting back valiantly, and even lifting Triple H up into a carry position at one point, she was still distracted by her other opponents.

The match ended in glorious fashion however, when Triple H attempted a powerbomb, only to be dodged by Rousey and counter the move with a hurricanrana and armbar on the famous wrestler. Angle came into help and both performed armbars and ankle locks on the two fighters, forcing McMahon to tap out of his excruciating armbar.

WrestleMania is one of the favourite WWE events of the year, and despite Rousey often taking fights with a serious sense of sportsmanship, she approached this performance with extreme precision and put on an amazing show. Most professional wrestlers make

the debut fight in a gym somewhere hidden away, but for Rousey she made it to a stage with 75,000 spectators first time.