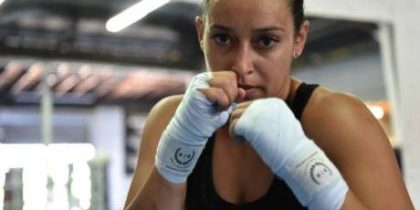 Hala al-Hamrani, a Saudi boxing trainer, has for the last few years begun to break down boundaries in her home country of Saudi Arabia over the last 28 years as a professional boxing and self-defense trainer.

Acquiring her first black belt in the Japanese martial art of Jiu-jitsu at just 16, this girl of Saudi-American heritage began to turn heads in the overwhelmingly oppressive rule of late 20th century Saudi Arabia.

Today she owns a training center that is pulling in over 120 women every month, training them in marital arts, self-defense, boxing and cross-training. Despite the overarching ban on women playing team sports in the Islamic country, Saudi women are increasingly interested in taking up past times that not only improve their fitness but also teach them some skills that may just save their lives in the future. 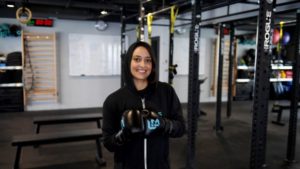 “Just as any woman across the world, Saudi women love to work out to help burn fat, relieve stress and learn how to protect themselves,” said Hala in an interview with Al Arabiya.net earlier this year. “Such sports do not promote violence, instead, they seek change of though and to relive life’s many pressures.”

She added that training helps release endorphins. “Known as the Happiness hormone, they’re not restricted to a specific age group and they verify that women can explore and pursue all sorts of experiences,” she added in her interview.

In the incredibly male-dominated society, learning to have power and control in a safe and professional environment empowers Saudi women and helps develop their self-confidence.

With her parents well trained in boxing already, it was not surprise that Hala ended up soon racing towards black belts while studying overseas, before trying her hand at Muay Thai, Boxing, CrossFit, Kick Boxing, Karate and more. 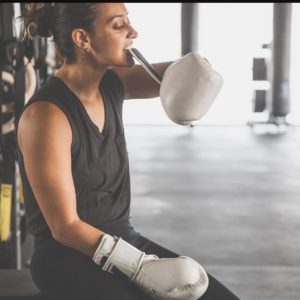 Upon her return, she soon found there was no such female representation for sports such as these in her home country, let alone any trainer that would take her on. Now in her 40s, the status quo has sadly not changed much, leaving her little chance of ever being able to compete for the country with their strict anti-female rules. However, she still desires to send a woman to represent Saudi Arabia in the Olympics. But for now, she must focus on training, with centers opening in Khobar and Riyadh, more and more women and girls are taking up the sport, which in turn will help Saudi women break from the small box they are often restricted to and give way to real ambition, aspiration and drive to do anything they want.