How kids can defend against bullies using martial arts 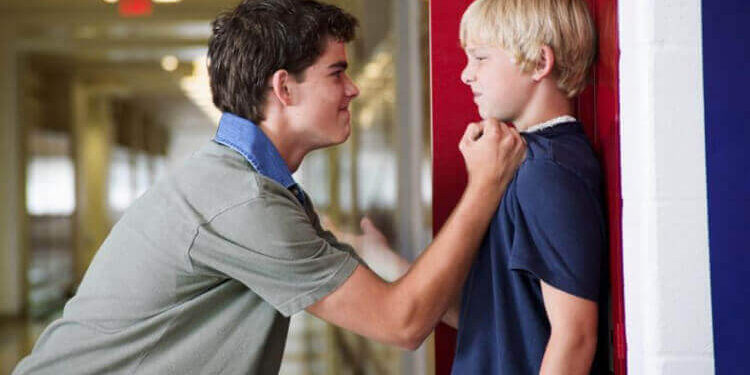 Bullies are bastards. Plain and simple. They target those who they feel look weaker than them. Children who are unaware of their suroundings or appear shy are often targeted too, but as all martial artists know, looks can be deceiving.

If you have children or someone you know has children, they will probably have been exposed to bullying at some point in their life. We can only hope it is mild bullying and nothing too serious, but what if that bullying turns into something more serious, something more physical?

Apart from discussing ways to avoid bullying hotspots, like the bus or in hidden parts of the playground, we can also teach our children about self-defense. Learning to fight does not mean your child will be fighting on the playground every day, but it will equip them with the moves and the techniques necessary to deflect and oncoming attack. What’s better still is that if children start standing up to their bullies, the bullies often look towards other victims that put up less resistance, leaving your child safe from their grasp. It’s a dog eat dog world out there in schools, so it’s high time kids begin to defend themselves properly. 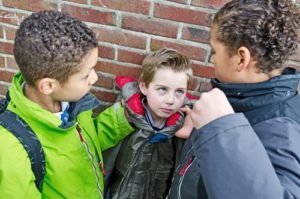 Martial arts is great because not only does it teach fighting techniques that can be used in emergencies, but it also teaches self-confidence and self-esteem. Just having an air of confidence will immediately put bullies off going for your kid, so teach them to walk with purpose and get them making eye contact.

Even those who feel like they are bullied from almost every peer in the classroom have one or two friends they can fall back on. It can be a lonely place if you have few friends so stick with the ones you have. Tell your kid to stick to a group, as there is safety in numbers. Even just one friend can prevent bullying, because who wants to pray on two vs. one – especially when those two are trained in martial arts too.

Check out this video that teaches some core self-defense techniques for children:

When teaching your kid martial arts, it is imperative to make sure they do not use their powers for evil. We don’t want another Venom out there. Try to focus on the flight part of ‘fight or flight’ and teach your kids the most import rule of self-defense – self-preservation. When walking away from bullies, the taunts often start flowing, but if your kid can ignore them and just carry on walking their peers will applaud their efforts, even if they don’t let anyone know.

Martial arts like Taekwondo offers a number of options geared towards children and how to deal with bullies. Kids not only learn how to defend themselves, but also learn how to build confidence and self-control. Most of the time, situations that arise with bullies are easily quashed as long as your kid knows the right response. Sometimes that involves walking away, other times that involves standing up for themselves, but knowing what to do and when to do it is a real skill that kids need to know at an early age. As long as they understand the potential outcome of their actions when they defend themselves, then all should be gravy.