Kenya’s Karate Grannies: Just You Try And Steal Their Handbags….. 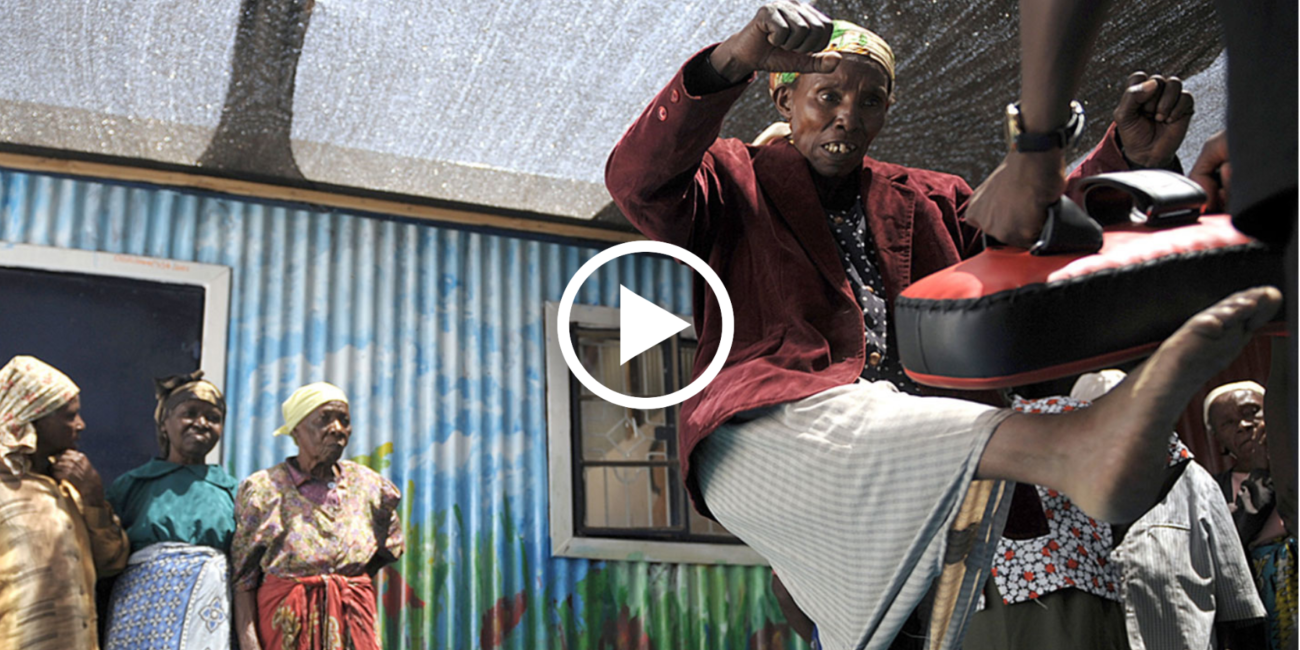 Korogocho is one of the of the most dangerous slums in Nairobi, that is home to about 200,000 people squashed in a small space. Gangs and crime are rife thus making it difficult for most people to live in, particularly for an elderly woman.

A group of elderly women who had had enough decided to fight back against these men who were sexually assaulting them.

So they created “Kickboxing Grannies of Korogocho,” or the “Karate Grannies” where they learn how to box, how to scream for help to attract neighbors to their rescue and how to assess dangerous situations. They also teach their neighbors to defends themselves. A large portion of the group have either been attacked themselves before or know someone who has.

Inside the training shelter a group of elderly women sit in a circle on a mat encouraging one of their number who is hitting a punchbag screaming ‘No!’. The punches are not strong, but that’s not the crucial thing.

“You don’t need to hit hard to be accurate,” says Kariuki, one of the teachers. “Accuracy is the key to the technique.”

The main thing is to aim for the vulnerable points on a man: the nose, chin, collarbone, and the genitals. 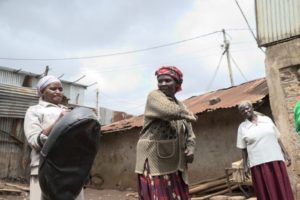 One of the “Karate Grannies’ Beatrice Nyariara, 74, has already put her skills to use on a man who broke into her house.“When he entered I hit him. He fell on his back. I stepped on his balls. And he said, ‘Granny — don’t kill me’. It is very unsafe because before we started this group of old women like me, a lot of old women used to be raped by young men. They take drugs, alcohol and when it enters their head, they can’t differentiate between their elders and young girls, We found someone to train us. We started doing karate. As we continued, young men realized we won’t be hurt and started backing off.”

Jane Waithegeni, another member of the group, was gang-raped over 10 years ago after she was abducted from a public bus.

“They removed my shirt and blindfolded me. I was taken to a second car, then to a third car. I was held for three days and raped. They gave me HIV.” Waithegeni has since become a physical trainer for these elderly women and a counselor for rape victims.

As of 2017, the self-defense training has helped to reduce the number of reported rapes in Korogocho by 15%, though there is more police presence in the community than before.

Although they are safer, they are by no means safe. Attacks are still common, but at least they are more equipped to deal with them.