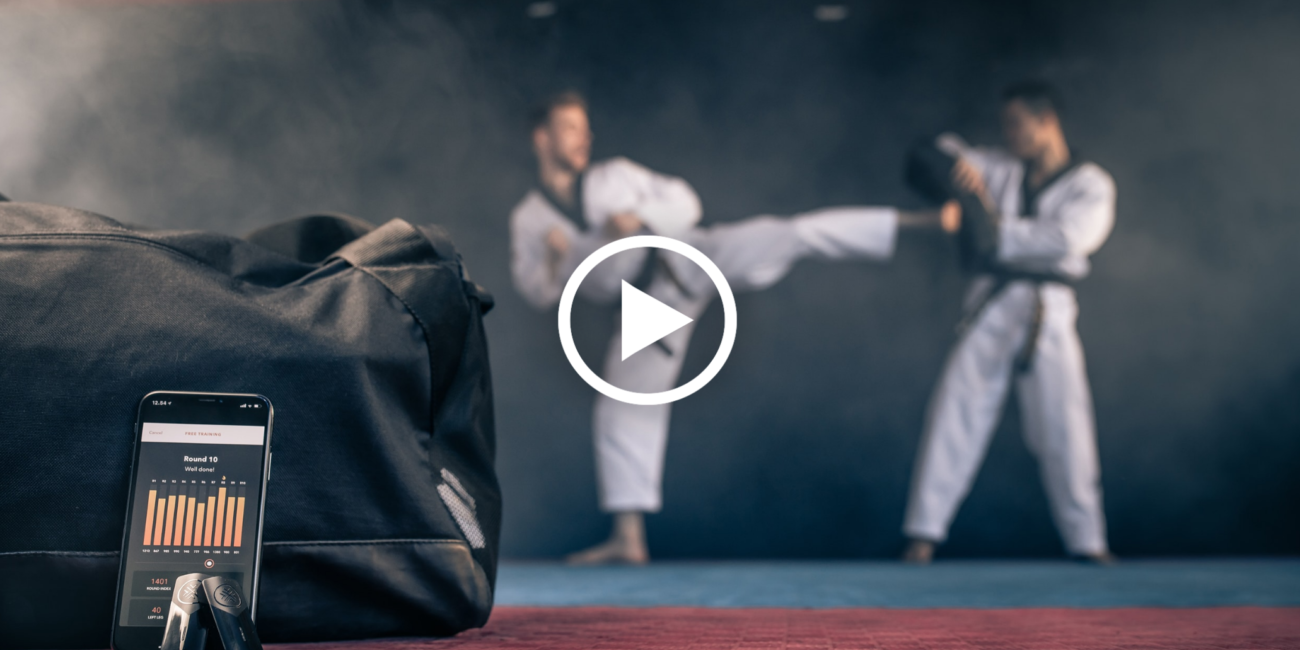 Jan-Eric Wargelin from Finland is a Martial Artist, just like you and I. And just like you and I, he goes through the same struggles of lacking motivation and fighting off that little voice in the head questioning “Am I actually improving?”. This lack of day-to-day measurability through the use of technology, which has made its way into almost all sports sectors, has so far been lacking in Martial Arts…..until now.

While Jan-Eric was preparing for his Taekwondo 1st Dan grading test, it occurred to him that, as a Fitbit user, there didn’t seem to be anything that could provide the same analytics and motivational challenges in the martial arts field, so like every great entrepreneur who finds a gaping hole in the market, he decided to create it himself.

Kick.AI is a labor of love from Jan-Eric and the team he assembled. When you use a product, it is glaringly obvious if the creators have a deep understanding of the industry they have jumped into, and even more obvious if they don’t. With Kick.AI you just know that this was created because it was something they wanted to use themselves. The attention to detail and the features it contains speak directly to Martial Arts Practitioners. Not only to the daily challenges they face, but also to the small ones that rear their ugly heads occasionally, ones which only those who have spent a lot of time in the Dojang would ever come across.

We could wax lyrical about this product for ages, but since it is a tech product, it’s only right that we should give some info on exactly what it does. Kick.AI is a combination of ankle sensor bands and a mobile app (iOS and Android) that work in conjunction with each other to help track the speed of your kicks, provide different challenges you need to complete and even has a community feature that will let you compete against your fellow practitioners. The bands can be used to track your analytics whether you are fighting with an opponent or just you and a heavy bag. It adds a digital layer to the training you do on a daily basis.

With different ‘Simulations’ in the app, you get to increase your skills in a trackable way, which can be a huge motivational boost for you to push yourself further, bit by bit. The ‘Reaction’ simulation will prompt you to kick and then provide feedback on how fast your reaction time to the prompt was. The ‘Survival’ simulation gamifies the cardio element, providing you with an ever-decreasing Life Bar and the only way to survive is to keep kicking (This comes in 3 levels: Easy, Hard, Ridiculous). This is just a taste of the features on offer, with more on the way with future updates. One of the best features of this product is its ability to learn from you, providing you with valuable data, such as kick velocity, reaction time, variety of technique and info on your dominant side. The current app is geared towards Taekwondo, Hapkido and Karate practitioners, but don’t worry, a separate app for Muay Thai will be released early next year. As for other disciplines? It’s only a matter of time.

“But what about punches?”, we hear you ask. Don’t worry, they are way ahead of you, with arm sensors shortly on the way.

Can’t wait to try Kick.AI for yourself? Check it out HERE!