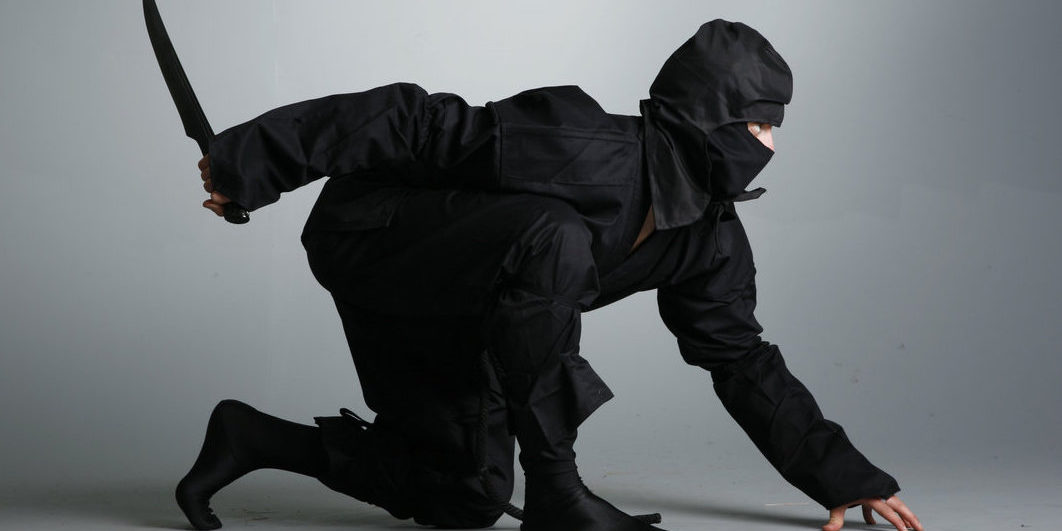 Ninjas have long captured people’s imagination with their mystery, deadliness – and of course, their array of deadly  Ninja weapons. Here we take a look at some of the most lethal and iconic components of the ninja arsenal. 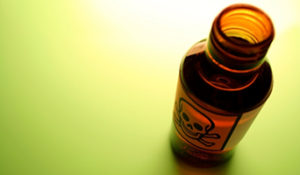 Many of the ways ninjas dispatched their enemies were never meant to be detected. Whether added to a blade or made to infect a wound, poison was thus a necessary trademark for a killer to do his work unseen. 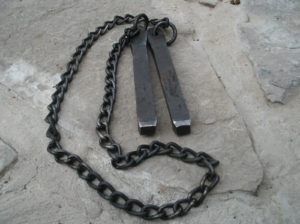 The manriki-gusari was a versatile weapon used for throwing, whipping, or strangulation. It is a hand held weapon used in feudal Japan, consisting of a length of chain with a weight attached to each end of the chain. Various sizes and shapes of chain and weight were used as there was no set rule on the construction of these weapons. Typically the length of the forged chain could vary from around 12 inches (30 cm) up to 48 inches (120 cm). In Massachusetts carrying one of these is considered a felony. 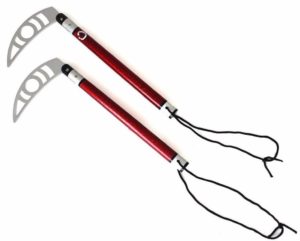 The kama was a miniature scythe that closely resembled the farming implements of its time, making it easy to carry, and most importantly for a ninja, easy to conceal and wield. It was originally used in farming to cut rice, before being adapted as the weapon we know today. It can be used singly or in pairs. It is often included in weapon training segments of martial arts. Sometimes referred to as kai or “double kai”, kama made with intentionally dull blades for kata demonstration purposes are referred to as kata kai. Get yourself a pair of these babies from Swords, Knives & Daggers right HERE! 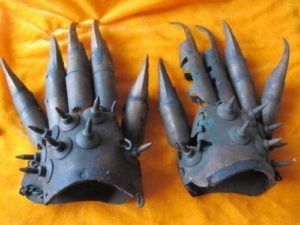 These scary looking contraptions were favored by female ninja. The Neko Te was an iron glove with sharp claws often dipped in poison and was used to dispatch targets brutally, ala Freddy Krueger. 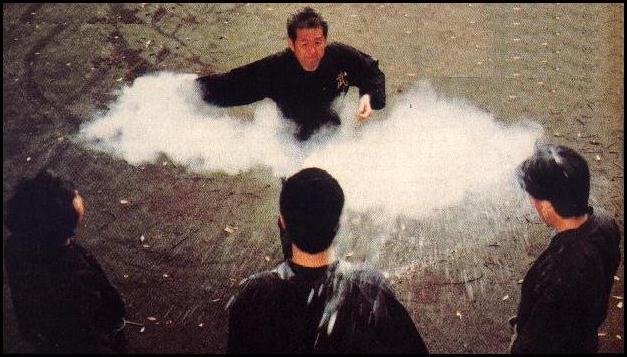 Japanese – ‘To crush the eyes’. Metsubishi was basically ninja pepper spray, and while not lethal in itself, was used to great effect by the assassins to blind and disorient opponents in order to deal a killing blow. 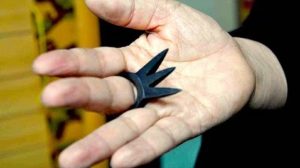 Essentially a joy buzzer minus any of the joy, the kakute was a spiked ring, often poisoned, used to puncture and rip skin, leaving the victim to bleed to death. It was worn on the middle finger and with the spike hidden inside the hand. If ninjas wore a kakute with its its spikes facing out instead of in, the kakute could be used like knuckle dusters. Then they could cause real damage their enemy by just scrapping sensitive parts like eyes and ears, and  if painted with poison, ninjas could kill their enemy. 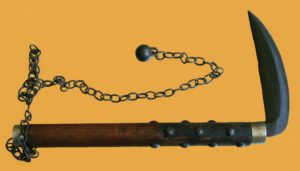 A kind of hybrid between kama and manriki-gusari, the kusarigama’s unusual appearance lent well to its mystery. Unable to deflect such a strange looking weapon, opponents would fall from the many ways the kusarigama could be wielded to deadly effect. 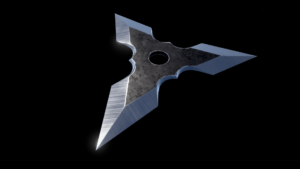 The most well-known weapon in the ninja’s arsenal is by far the shuriken. These throwing stars would be concealed until the very last minute, embodying the very essence of the ninja themselves: silent, precise, and deadly. While we wouldn’t recommend throwing a real one around, you can get some hyper-realistic ones from Les Artisans D’Azure. Check it out HERE with a bunch of other weapons you might love to test out! 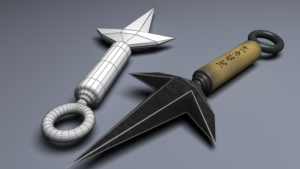 The kunai has experienced a spike (pun intended) of popularity since its prominent use in the wildly popular Naruto anime. An easily concealable knife, perfect for throwing, the kunai was a favorite among ninja. 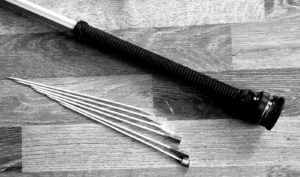 The preferred mid-range weapon of the ninja, fukiya were blowguns often disguised as flutes, allowing the weapon to be concealed in plain sight.

And last but not least, a good ‘ol classic sword. These clearly need very little introduction. They are very popular and for very good reason. Fancy owning one yourself? The company Camouflage has a gorgeous range of them, as well as many other collector weapons. Check out our favorite Katana Swords HERE!

Are there any deadly ninja weapons we might have missed? Let us know in the comments section!