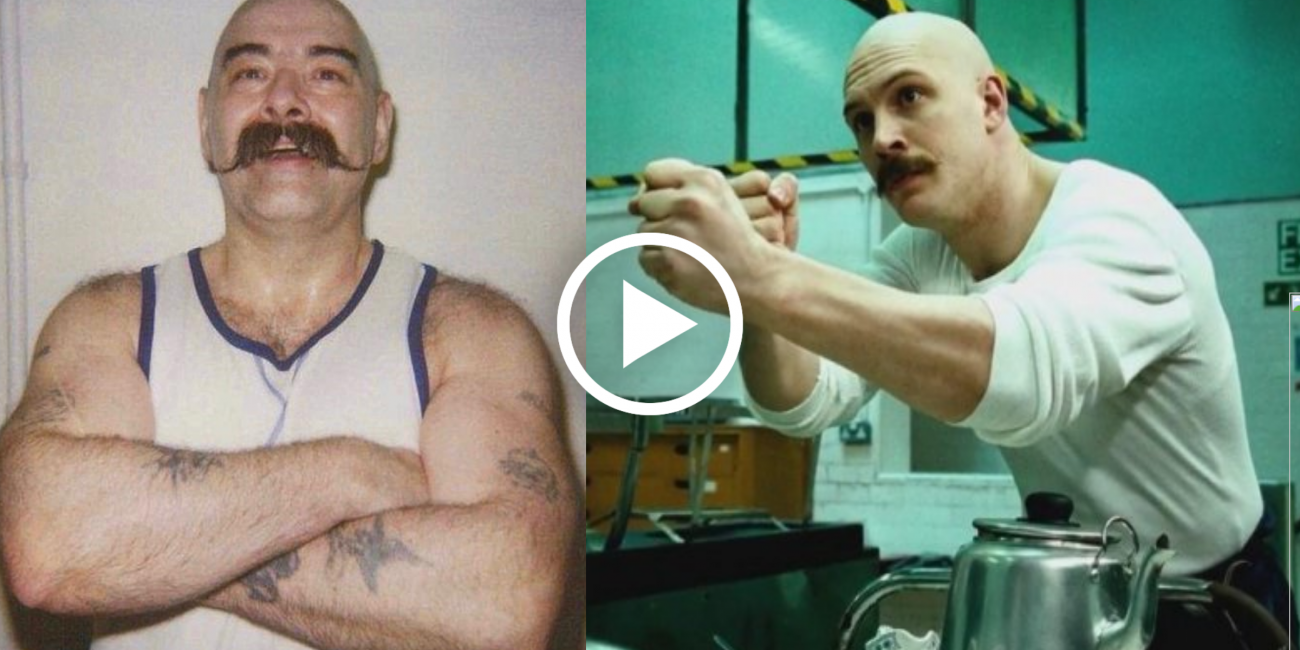 Charles Bronson is a cult Icon for all of the wrong reasons. As one of the World’s most dangerous prisoners, his name is synonymous with wild, uncontrolled rages.

Having spent over 13 years in prison, when he was finally let out he jumped straight into the world of illegal boxing. It was around this time that he changed from his previous name Michael Gordon Peterson to the name we all know him by now.

His newfound freedom didn’t last too long, only 69 days to be exact. This was because his new hobbies didn’t only include illegal boxing, he also robbed a jewelry store and killed a dog with his bare hands as part of a bet.

Since the majority of his fights took place behind prison walls, the general public has never really witnessed the extent of violent outbursts. The fight below will give you a little taste. It’s not your typical boxing match, and in true Bronson fashion, things get totally out of control. At one point a gun even falls out on the mat of the ring.

While he may not be the most technically gifted fighter, there is certainly a lot of power behind the punches. It almost seems a shame that he wasn’t able to channel all that anger into possibly making a living out of legal boxing os some other form of martial art. The values that go along with that type of training are also something that could have helped him turn his life around before it was too late.