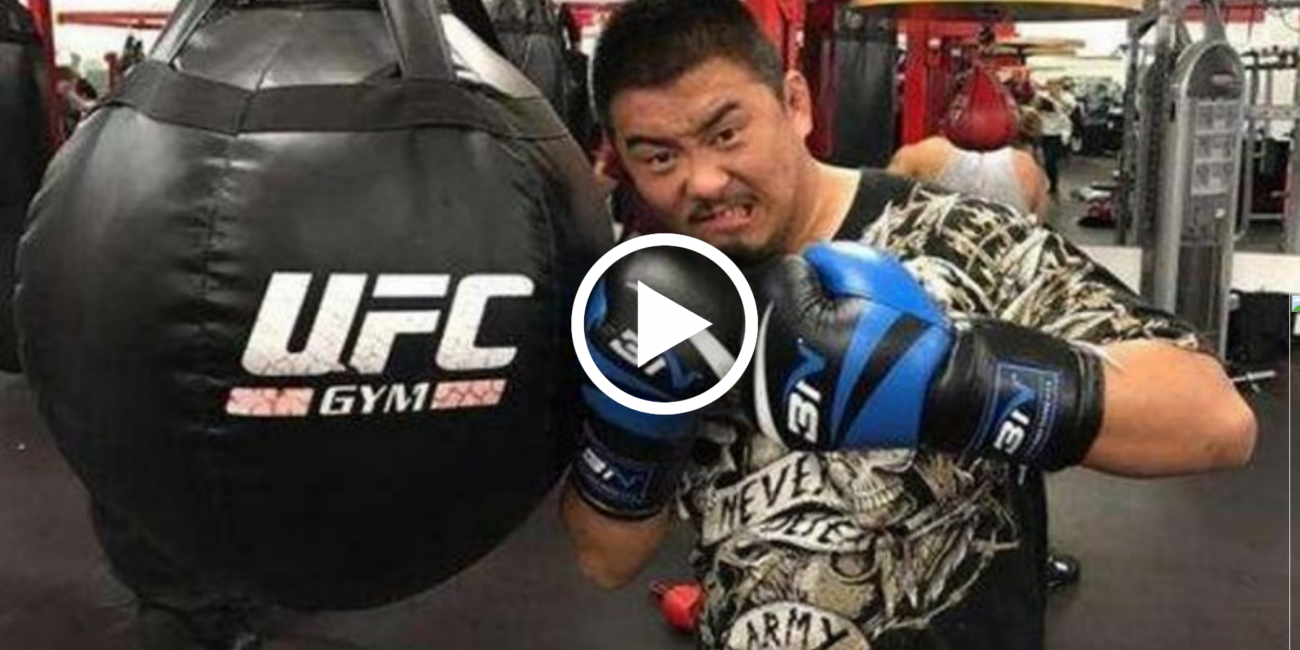 Chinese MMA fighter Xu Xiaodong assembled a Martial Arts team and brought them to an amateur championship in Ukraine last summer. It did not go well…

With a result of 9 losses but only 4 wins for his team of 13, Xu concluded that Chinese fighters were severely lacking in skills compared to their International opponents. The event, organized by ISKA (International Sport Kickboxing Association) featured some fighters that Xu had previously seen coming to China to compete against their professional ones. Meaning that International amateurs seemed to be on-par skills-wise with Chinese professionals.

His lesson learned from the Ukraine trip was obvious: “No Chinese had ever competed in that championship. I was the first to bring a team there … the trip let us see the world and stop resting on our laurels.”

His belief that Chinese martial arts were “rather backward” and desperately needing reform has earned him an enemy or two. The Chinese Wushu Association being one. “We need to learn from overseas. Chinese wushu practitioners have been living like frogs in a well for too long.”

In 2017, Xu campaigned to expose what he called fake Kung Fu. A Tai Chi Master Wei Lei claimed to have mystical powers, so Xu challenged him and promptly knocked the guy out in 10 seconds. The video went viral.

His aim was to point out that Chinese Kung Fu was not modern enough and not an effective as a combat sport. While he may have a point, his views were not met with kindness from his country, who viewed this as an insult to China and it’s traditions. they felt he was favoring Western martial arts culture over his own.

“Chinese traditional wushu like tai chi is a philosophy and social medium. It’s not martial arts. While China needs reform and opening up, Chinese martial arts need them even more, as their development lags [Western counterparts] by 40 years,” he said. “My appearance has opened the door to slowly open up wushu.”

“China has many people and groups who disparage me as anti-Chinese and against traditional civilization. I went to America and Japan for fun. People attacked me for being a [foreign] spy after I came back. It was like a revival of the Cultural Revolution.

“Chinese have a poor trait, which is to sympathize with the weak but hate the strong. They should respect the strong. They disparage a man who genuinely wants to promote Chinese martial arts. My campaign to crack down on fake kung fu is not about righteousness. I did it to take revenge on those who framed me.”

Xu claims he was the one to bring MMA to China in 2000 when he set up his first team; “Our opponents then were all foreigners: exchange students from America, Canada, France, and Japan – no Chinese did MMA then.” But it still doesn’t attract the large audiences in the way it does in the west. “Chinese in nature don’t really like [physical] fights. Only very few people will buy a ticket to see the fights. They prefer the wushu in video games, movies, and novels.”

He is seen as such a threat to Chinese Martial Arts that a lot of Chinese Social Media platforms, including WeChat, have banned him. “I have a talk show, which is the best talk show in the Chinese wushu community over the past century. Each season has 12 episodes. Three seasons were already screened. But you have to view it using a virtual private network or in a foreign country. I want to write an autobiography and make a series of movies. But I can’t do anything in the current environment.”

Do you agree with him? As beautiful as the Chinese Martial Arts are, would you consider them highly effective in terms of combat and self-defense?