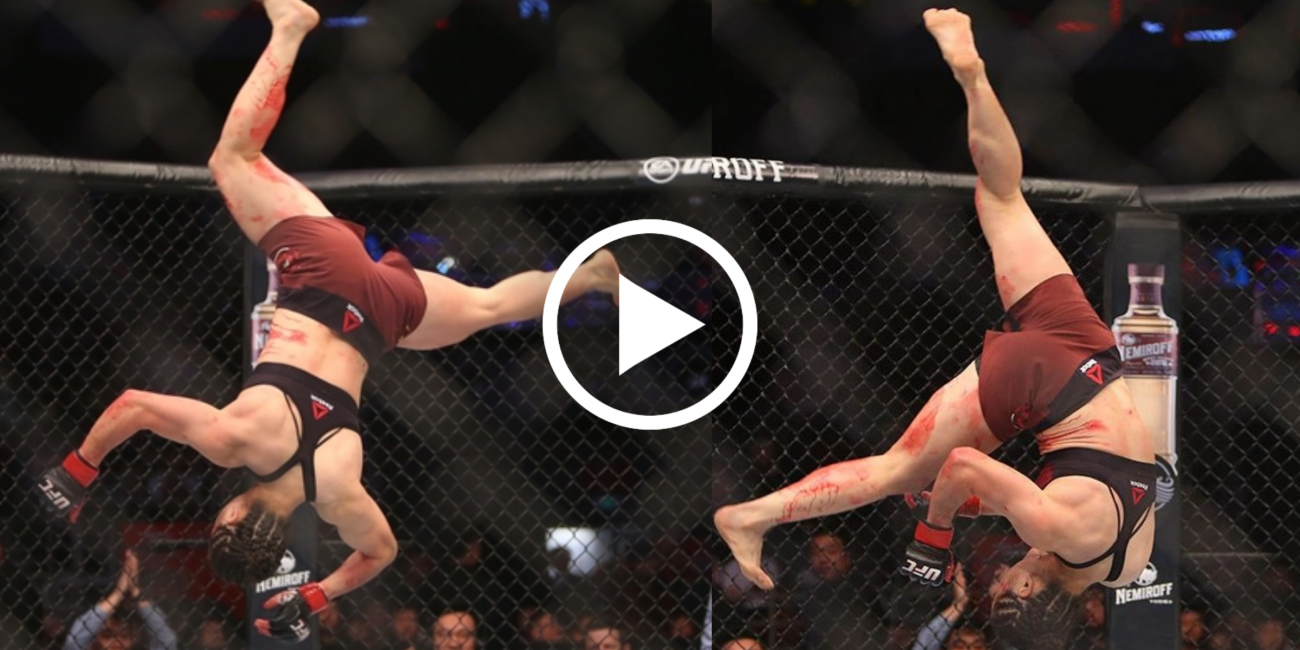 “My name is Weili. I come from China. Remember me!”. Now that’s how you make a lasting impression, and making an impression is something that Zhang Weili seems to have a gift for, going from almost unknown to a Top-10 ranked fighter in just over half a year.

Weili is not the first Chinese fighter, male or female, to compete in UFC, but the sheer speed of her rise in the ranks hints that this time things will be very different. No other Chinese MMA fighter has exploded onto the scene in such a fashion.

Having nineteen wins in a row, she is not only serious about the competition side of things, but she is also very aware of how good PR can help her achieve even greater things. In an interview with radiichina.com, she says  “I think English is a really international language, and if I’m not able to speak English, I’ll miss out on many friends because we won’t be able to speak.”. Language barriers have limited the marketability of Chinese fighters before, but her demand “Remember Me!’ when she took the microphone from Joe Rogan after her fight with Tecia Torres at UFC 235, assured the crowd that there would be no such barrier between her and them. The applause from the crowd that night showed they felt the same thing.

The rising star trains in Muay Thai, Boxing, Wrestling and Brazilian Jiu-jitsu on a daily basis from a small gym in Beijing called Black Tiger Fight Club. This is also unusual, as it is more common for Chinese fighters to train in major camps. However, her strategy with coaches Cai Xuejun and Pedro Jordao is clearly working for her.

Since the age of six she has been training in martial arts, but only took up MMA in 2013. When she saw Ronda Rousey, who debuted that year, she decided to direct all her focus into becoming a champion herself. New to the world of MMA, she lost her first fight, but it would be her only loss to date.

A winning streak would follow shortly after, earning her the nickname ‘Magnum’, and also attracting the attention of U.S management companies. One of these was her current manager Brian Butler-Au. “When we first started working with her we thought that she was basically a striker. We didn’t know that she could possess the ground game that she does. But the girl is extremely well rounded,” says Butler. “I know there’s a few Chinese fighters that are on the scene, and they’re good, but I think that Weili can actually be dominant.”

Dana White, President of UFC is also very complimentary of the fighter: “She looked damn good against Tecia tonight,” remarked White, just after UFC 235 concluded. “When you think about [it], when we went in a few years ago and did the Ultimate Fighter in China, the level of talent was very low, but boy, it’s moving quick now.”

So the future of MMA is looking very bright in China, with Weili helping pave the way and inspiring a whole new generation of young Chinese UFC hopefuls.

Check her out for yourself: