Training Child Fighters With Bears? No Thank You! 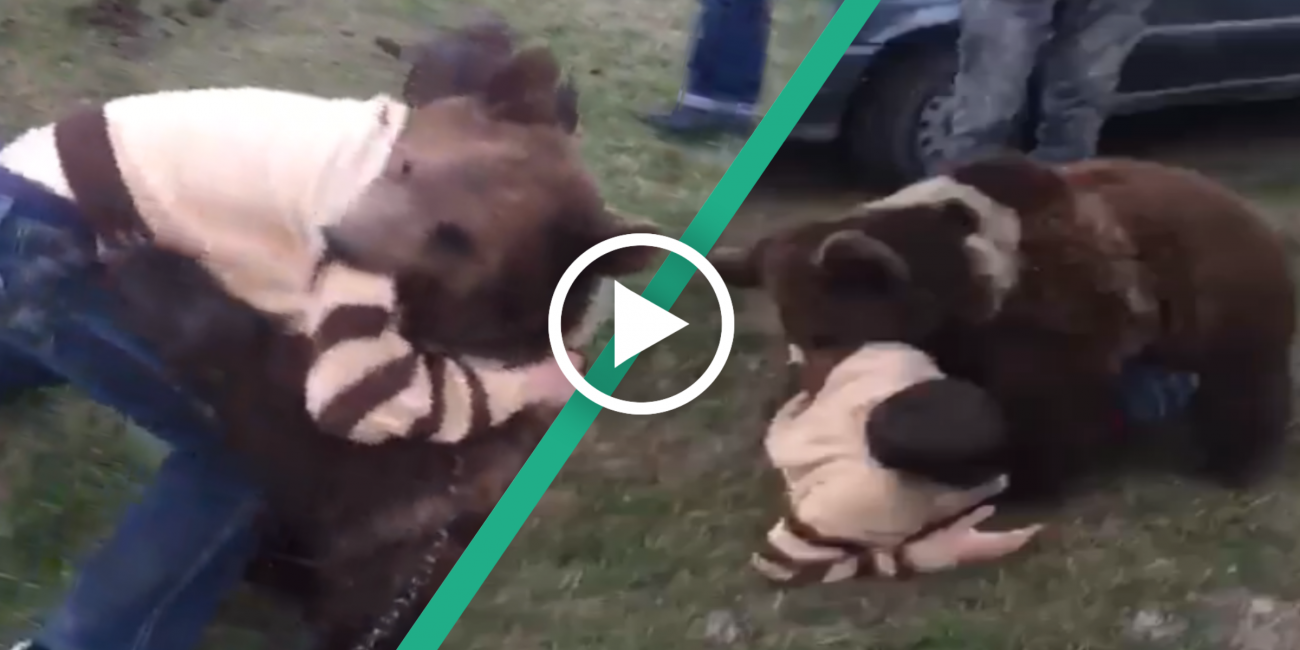 Dagestan seems to be a popular Boy Vs Bear wrestling destination. First, we had footage of a young Khabib Nurmagomedov engaging in a fight with a bear and now his father, Abdulmanap has posted footage of another kid engaging in the same form of training.

“So training has begun for our brothers. This is a good example of the path to the highest awards,” said the caption.

In the footage, a young wrestler is trying to fight off a mauling bear but appears to be enjoying the experience, smiling the entire time. The bear is held on a lease while adults surround the two enjoying the spectacle.

Both boy and bear appear to be in control at different points in the footage, and although the bear could be pulled away at any time if things got dangerous, this still seems like an extreme and unnecessary method of training. Abdulmanap Nurmagomedov would probably disagree.

When asked why he allowed his son to engage in this risky practice, his response was: “Firstly, a child always wants his father to see what his son is capable of. It is a pity that there was nothing more interesting when he was younger. In the end, this was a test of character more than exercise.”

There is obviously an animal welfare issue to this story, but we will leave that can of worms to another platform and focus solely on the boy.

Clearly, Khabib has been a huge success and is an incredibly skilled fighter. How much of this is down to bear wrestling no one will ever know. But his success is bound to convince people to adopt his training habits, no matter how extreme they get.

The never-shy-to-give-his-opinion Conor McGregor was less than impressed with his previous opponent’s boyhood training regime: “He may have wrestled Dagestani bears, but he has never wrestled an Irish gorilla, and that’s what he’s about to face. I believe he has many weaknesses in his game. The Dagestan region specializes in wrestling. The kid wrestled bears when he was a baby. It’s part of their culture. I am under no illusions, he is a skilled wrestler. Of course, fighting in the whole picture, there are many more facets to fighting. A lot more than one single discipline.”

So what do you think? If you had a kid that showed a lot of promise as a fighter, how far would you go to improve his chances of success?