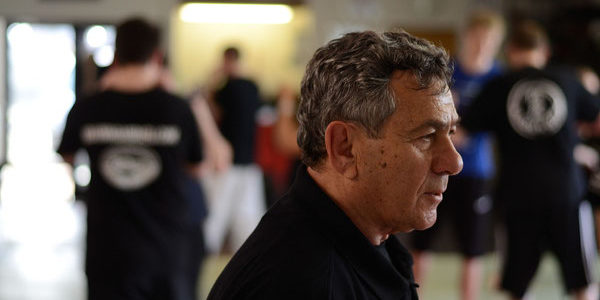 Krav Maga, the Israeli self defense and hand-to-hand combat system that both the military and the public train in, was founded by Imi Lichtenfeld in the late 1930s. Applauded thanks to it’s real world application and extreme efficiency to take down and even kill opponents if needed has marked this modern martial art as one of the best in the world for military training. In one of the first training classes ever held by Imi had a young man in attendance who went by the name of Haim Gidon – who is today hailed as a grandmaster of the martial art and the highest-ranking individual in the world with a 10th degree black belt in Krav Maga and successor of Imi in the Israeli Krav Maga Association (IKMA) which was set up back in 1978. 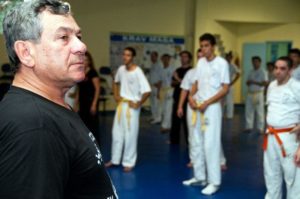 In 1995, just several years before Imi passed away, he awarded Jaim Gidon with his 8th degree black belt, known as a dan, and stated that he would become top authority to grant 1st dan Krav Maga black belts and up.

Today Haim still remains the President and Grandmaster for the IKMA, still teaching the defensive fighting style to the military for the last thirty years, along with national police, security forces, and military agencies in Israel. In fact, some of Haim’s first students are now hold high level posts in the Israeli military and security establishments.

After Imi’s death, and with his blessing, Haim began to develop Krav Maga even further, making it more streamlined and powerful to help combat the growing number of defence tactics developed to combat Krav Maga. Now, the IKMA has added Haim’s surname ‘Gidon’ to the Association’s title – now known as the Israeli Krav Maga Association Gidon System.

Haim is said to test and develop new skills every day, and when necessary he changes the old assumptions to match his new discoveries. According to the IKMA’s curriculum, the martial art is continuously updated to reflect the constant improvement, evolution and adaptability of Krav Maga to help keep it as the most formidable fighting system in the world.

Although based in Israel, the IKMA sponsors programmes worldwide, each year hosting a 15-day instructor certification course open to all in a bid to help expand the reach of Krav Maga. mi and Haim’s hometown, Netanya, Israel serves as the hub of krav maga learning and development.

The only US national to hold a position on the IKMA’s board is David Kahn, who also serves as the IKMA’s United States Chief Instructor.