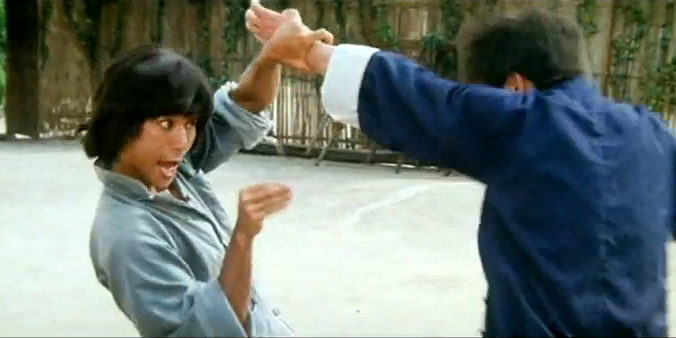 Does art imitate life, or does life imitate art? It’s a never-ending debate, but when it comes to kung fu movies, more often than not, art takes on a completely different direction, with the popular martial arts action movie genre spewing its own clichés about kung fu that don’t reflect the real thing at all.

Tighten your black belts because you’re in for a cringe-inducing ride.

Every kung fu movie includes a move or two with long-winded, descriptive names. Maybe this adds to the mystery, or maybe it lets an enemy prepare before getting attacked Five Point Finger Chop-style.

All kung fu aspirants learn from a short, bearded man who shares wisdom in riddle form. Certainly, not all kung fu masters take on this movie stereotype?

No matter how many enemies the hero is up against, they all seem to be really polite. They don’t beat him all at once. Instead, they attack him one by one while the others move manically in the sidelines as they wait for their turn.

The protagonist in kung fu movies not only possesses expert knowledge and grasp of a particular fighting form, but they also seem to be indestructible. While an average kung fu fighter from the real world will undoubtedly be brought to the hospital after being thrown out a window, the hero always manages to go through windows and walls unscathed.

Except for the protagonist and the bearded teacher, everyone else seems to be connected to some sort of crime syndicate that’s prominent in Asia. Surely there are other antagonists worth the hero’s time and efforts?

Turning anything into a deadly weapon seems to be a skill among kung fu movie heroes. Whether it’s an empty cardboard box, a light bulb, or a fridge, anything is fair game.

In most American-made martial arts films, any Asian character seems to have a full knowledge of fighting techniques, as though it’s a common skill among all Asians.

Kung fu movies appear to follow a well-worn plot. The movie begins with the hero losing a loved one. This is where his quest to restore personal and family honor begins.

The story, which started out as a tale of revenge-seeking, always reaches a point where the hero is moved to pursue kung fu and dedicate his life to it. Mastery is achieved after a few days of training summed up in a training montage, instead of years of discipline and hard work.

What other kung fu clichés have you observed? Are there any that actually approach reality?