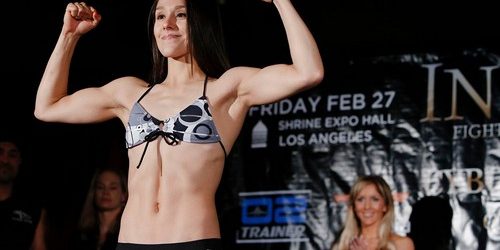 Women are often stereotyped as soft and weak, and many people don’t understand how a woman can choose such an aggressive sport. Women martial artists often have to contend with ridiculous questions and assumptions all the time. Here are the top 10 comments female martial artists are tired of hearing:

When a man, who has never trained for anything in his life, assumes that he can easily beat a highly-trained martial artist that happens to be a woman, it can get annoying.

Objectifying women who give their all to training for a martial art is not cool. They train so they can get better at something that they want to excel at. Surely, they deserve more credit for that than how they look.

While the aim of training isn’t to injure sparring partners, no one is taking it easy on anyone. The point of training for martial arts is to get better at it.

One of the pet peeves of female martial artists is suggesting that they try something more ‘appropriate’ for women.

Grappling sports, like Jiu Jitsu, will often find you wrapped around someone you just met. However, female martial artists can attest that it’s all business during a training session.

Male martial artists are there to train, not to pick up women.

Those who train traditional martial arts, women and men alike, tend to get a little peeved when asked if they train hybrid MMA.

Nothing annoys a woman committed to learning martial arts more than a condescending man who thinks that they can’t take the rigors of martial arts training.

Unless this is said by a man who has more years of experience under his belt, this comment can be interpreted as mansplaining at its finest.

Women martial artists, have you been on the receiving end of any of these?