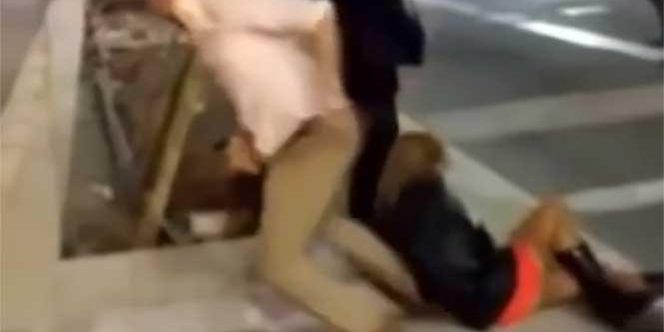 A man who decided to kick a woman from behind in a ‘kung-fu’ inspired attack that was filmed by his friend has been forced to pay €60,000 to his victim after she was hospitalized.

Mario Garcia Montealegre can be seen in the video, that quickly went viral for all the wrong reasons, walking up to his victim before kicking her in the back of her legs, causing her to call awkwardly backwards onto the ground.

Although the attack looks like it intended to be a joke, the pain suffered by the victim was possibly more than the attacker expected. This ‘kung-fu’ inspired kick can be seen in this video shared by a Spanish news site.

The victim, a 48-year-old woman from Barcelona, was hospitalized by the attack, leaving her unable to work for a whopping 75 days. She suffered cervical pain along with injuries to her knees, ankles and wrists.

The attack happened in February 2015, however the case has only just been settled in court. The case took so long as police were struggling to find the attacker, who later handed himself in after he saw a public appeal to find him.

The prosecutor has called for a jail sentence for both the attacker and the man who filmed and uploaded the video online.  The case has gone to court and the man has been fined €60,000, however, it is unclear if there will be further charges pressed against him or the man videoing the incident that may include jail sentences.