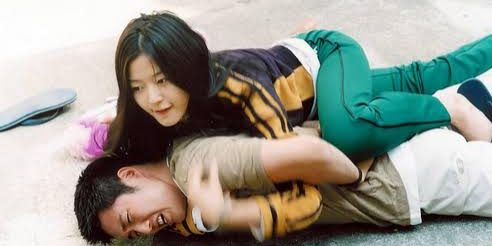 Ning Yuan, a stereotypically masculine man, does not look like the person who would get his ass handed to him by a woman. But this was totally the case, as he recounted the attacks he has suffered from in his tragic life.

Mr. Ning did not raise his head throughout the entirety of the interview. His eyes looked a little dull, and his mind, clearly wandering, was spouting out fragments of his experiences pertaining to his wife’s domestic violence. He expressed desires to get divorced, but he also afraid of further disputes, fights, and ultimately, more violence. “The most embarrassing thing is that my wife does not consider face [personal honor] when hitting someone, several times fiercely slapping my face in front of my mother and brothers”.

The first time there was a fight, I made the first move. At the time, we were fighting for the computer and my wife wanted me to let her use it. Right as I was most preoccupied [with the computer], I casually pushed her aside once, not expecting she would walk over and slap me.

Not long after, they got into another fight. “That time she launched a kick at me, I instinctively raised my leg to block the kick. My wife hooked my leg, sending me toppling to the ground (tragically, a tooth was lost, afterwards replaced with a gold tooth), extending my hand to block, she used her forearm on my arm and twisted, I don’t know how, and suddenly my arm was twisted behind my back, a foot bends my leg, and I am suddenly kneeling on the floor.”.

“Another time when she was about to hit me, my friend was present. I thought I found savior in my friend, mistakenly thinking I had an advantage this time. I thought that since my friend was 1.8m tall, even if he did not help me, but could secretly assist me a bit, I would not meet defeat, right? So I ran to the balcony and got a one meter long clothes drying rack and threw it at her. Before it hit my wife’s body and with a bang, my wife broke the clothes drying rack into two halves.” 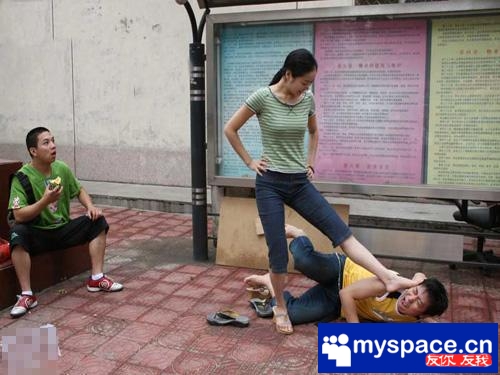 As Ning nearly broke down in tears, he exclaimed his resentment and ambivalence.

“I went to the hospital 5 times, twice the blows caused dislocation, once bone was broken, countless times my face was scratched, and many days I didn’t dare leave home to see colleagues. I want to divorce, but I really love her, she also loves me, and after every fight, my wife takes care of me, gives me a massage.”

What would you do in this situation?
Do you think the man could have defended himself if he took up martial arts?
Tell us in the comments below!