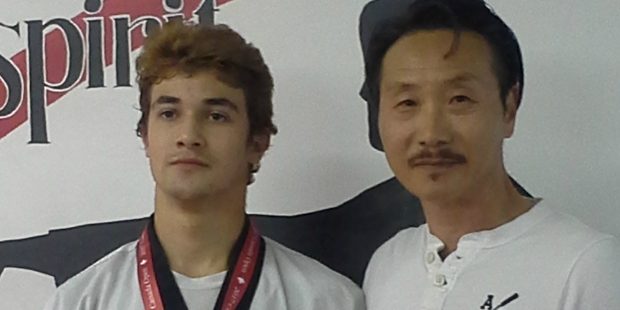 A frustrated father says it’s “ridiculous” that a taekwondo instructor is being investigated for physically disciplining his teenage son. “People are totally vindictive and malicious against our coach,” said Rolf Meier.

A formal complaint was filed in January against the South Korean-born Jung for using a bamboo cane on Meier’s 17-year-old son, Rodrigo. While the severity was not discussed, it was clear that the caning was done in front of numerous members of the club, including minor-aged students.

Meier said the complaint was lodged by a woman who has a daughter at the academy.

“Halifax police told her at the time that this is not an assault because it was mutually agreed upon as a traditional Korean punishment,” Meier said. Halifax Regional Police have confirmed that they investigated, that the caning took place and that no charges will be laid.

Meier said he has been travelling to Halifax four times a week for the past five years to have his three children — sons Rodrigo and national junior champion Django, 16, and daughter Jaya, 14 — work with Jung.

“What is going on is preventing my son from having his coach at the world championship of taekwondo in Tunisia,” Meier said. “He doesn’t have his coach because they are drawing out the investigation. Still nothing. No report, nobody questioned. The MTU is led by a man that was (pushed) out of the club by Master Woo Yong Jung. He is full of resentment and he is now trying to get payback.”

“I find it totally ridiculous how far they are pulling this out,” Meier said. “You have the police saying, ‘It’s not a case, see you later guys,’ social services saying it’s really unusual but it is not a case.”

There is no safer place to have children trained than at Jung’s academy, a member of the parents association said.

“That is the way the parents association feels,” Byron Kendell said. “This was a question ofdiscipline between a family and that is the method that he used. . . . It was in the best interests of that young man.”

Meier said Jung is the best taekwondo instructor in the region, and his children and others are being penalized by the lengthy suspension.

“Those little people who make up the Maritime Taekwondo Union are very envious of his accomplishments. That’s what my main thing is and now they are trying to play games with it.”

What do YOU guys think about this juicy drama between the MTU, and the possibly paranoid parents?