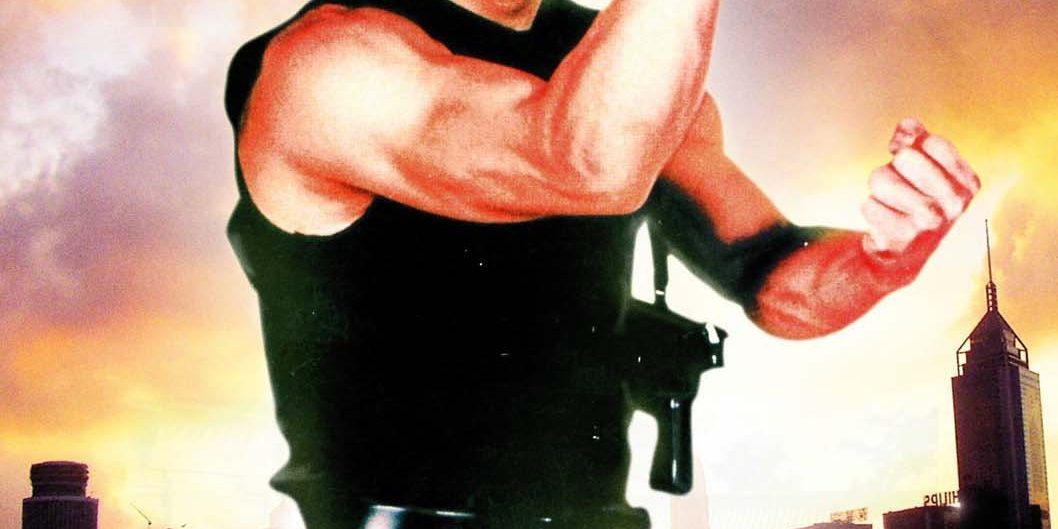 In 1985, Jackie Chan starred and directed the movie, Police Story, his fifth directed movie that was a Box Office success in China and Hong Kong before being exported over the pond to the US and Europe. Although not his first time reaching the US market, this was one of the first Chan movies that set a precedent that lead way to Chan becoming the household name he is today in the US and across the world.

Although slapstick in nature, Police Story and Police Story 2 are both charming, suitable for all the family and found on most Jackie Chan fan’s top ten lists.

Starring as the main role – obviously – Chan plays a Hong Kong police detective called…ahem…Kevin Chan (Inventive there Jackie!) as he tries to take down the mob after he’s assigned to protect a witness. It’s a classic story, and one that is perfect taking the Box Office by storm.

Packed with action-filled scenes of high quality martial arts, amazing stunts and incredible climaxes, the film was an overnight success. Crazy car chases were followed by Chan stopping a hijacked bus by standing in front of it and shooting! A little secret is that when the bus stopped, it braked with so much force that two stuntmen on the second floor of the bus crashed through the front window and flew out onto the road. Chan however, stayed in character, shooting his gun and that was then the take that made the cut. Sadly, the two that flew out of the bus also had a few cuts, but nothing they couldn’t handle. It’s part of the job description when working with Chan.

Some may not know that the filming of Police Story took place between Project A and Armour of God which are known to be two of Chan’s most dangerous movies. Not to be outdone by this claim to fame, Chan orchestrated a huge ending of Police Story that took place in a mall, where he crashes through over 700 pounds of sugar glass before sliding down a pole covered in lightbulbs – which were live and electrified during the scene! Thankfully it took only one take (that’s a lot of lightbulbs to replace in an afternoon otherwise) but Chan did end up burning the skin off his palms from the hot, sharp lightbulbs. However, after all was said and done, Chan and his stuntmen all enjoyed a few drinks to celebrate the end of the movie (and to numb the pain no doubt) at 6am the next morning…naturally.

Three years later, the world saw the much anticipated Police Story 2 hit the Box Office and again were please to see some of Chan’s best stunt work ever…after all he did direct both of these himself. Although significantly less action packed, it does explore a love interest (kiss scene scripted in by none other than the man involved of course), and plays heavily on Chan’s love for the Hong Kong police force. Of course, the end of the movie ends with a lot of explosions. 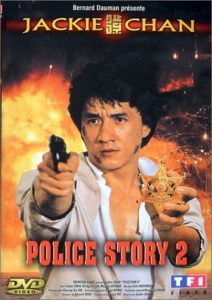 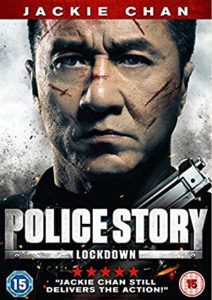 Now, with a long hiatus, Chan revived the series in 2013 with Police Story: Lockdown, which harks back to the original Police Story days – thank god. Some would even say it’s just Police Story 1 but with an old man Jackie Chan.

It’s clear that following the successes of Police Story, Chan began pandering to western tastes that some would argue gave way to some terrible movies. Others say they are his best, but it’s clear to see a noticeable change in his movie style from the early 90s, which inevitably effected Police Story 3 and 4.