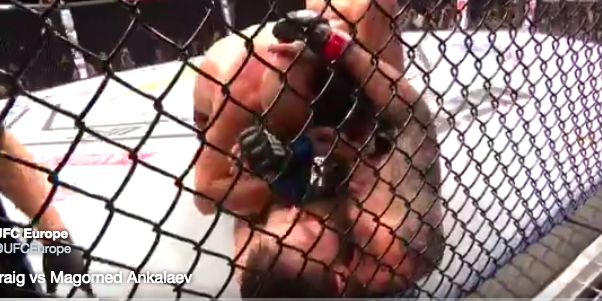 In one of the most stunning comeback victories in recent MMA bouts, Scottish light heavyweight Paul Craig submitted highly-touted Russian prospect Magomed Ankalaev earlier today (Sat., Mar. 17, 2018) at UFC Fight Night 127 live on Fight Pass from inside The O2 Arena in London, England, with one second remaining in the third round.

The fight was intense, as for throughout the entirety of the fight, the previously unbeaten and highly regarded Ankalaev (9-1 MMA, 0-1 UFC) dominated the opposition. Ankalaev was too strong, too quick, too skillful, and was overwhelming Craig (10-2 MMA, 2-2 UFC), who found himself on his back late in the third round, losing on the scorecards. 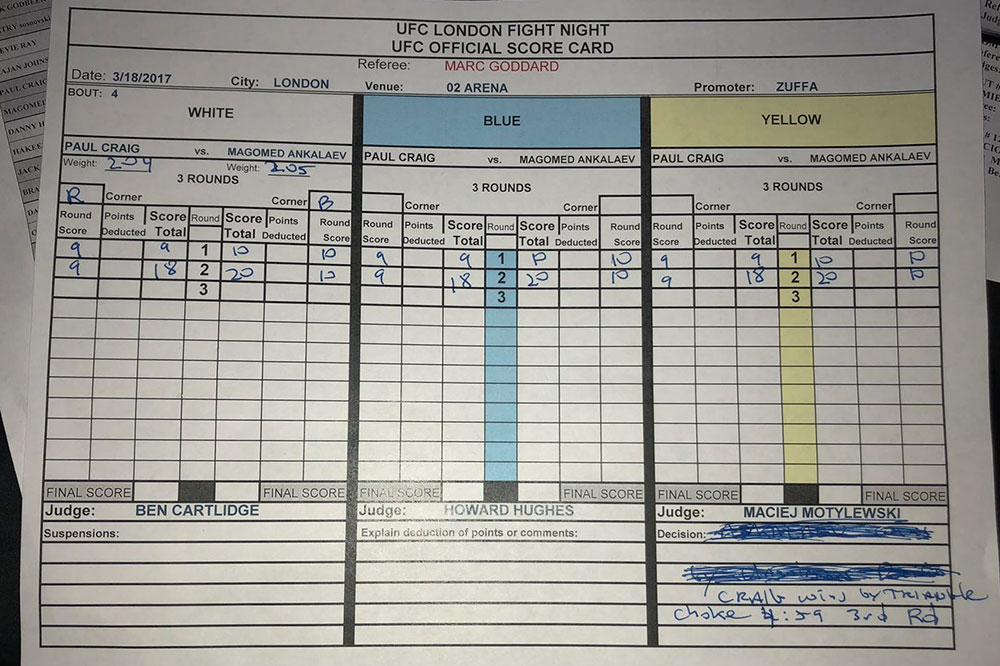 However, with just seconds remaining in the bout, Craig threw up a Hail Mary triangle choke that forced Ankalaev to tap out at the 4:59 mark of the final round:

Craig’s clutch finish was the latest submission in a three-round fight in UFC history.

The win snapped a two-fight skid for the Scotsman who was a massive underdog heading into fight night. He improved to 2-2 inside the Octagon and 10-2 overall.

To come back after two losses and get that finish, it just means so much. My coach jumped into the octagon and said I had finished it with only seconds to spare.

“Now I’m going to take my kids to Disneyland and give them something special to make up for all the time I spend training and preparing,” Craig said after the fight, according to quotes provided by the UFC.

Check out the finisher in the link down below!!