WATCH: Man Killed With Machete – When Does Self-Defense go TOO far? 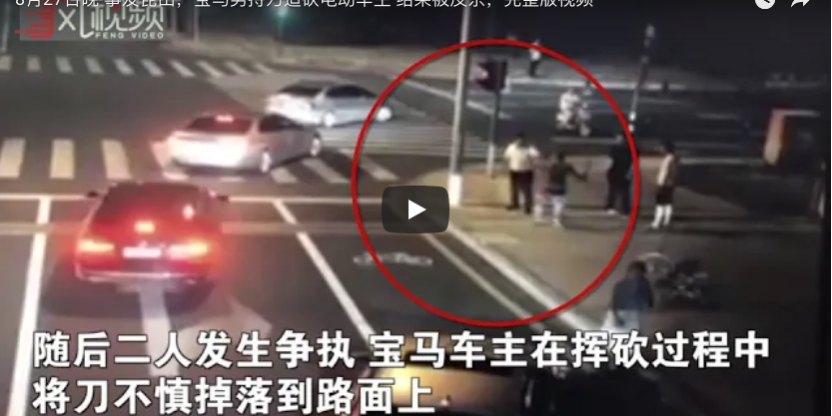 Here at Martial Tribes, we believe that if you are going to study Martial Arts for self-defense, then you should also develop a respect for that art. You should learn when the time is to use it, when it is not necessary, and if forced to, how to use just the right amount in order to defuse a situation.

CCTV footage was released showing an altercation between a BMW driver and a cyclist. The vehicle veered into the bicycle lane and almost hit the cyclist. As the confrontation got more heated, the 36-year-old driver, named Liu went back to his car, retrieved a Machete and proceeded to attack the cyclist. Somehow the cyclist managed to wrestle the Liu, get hold of the machete and begin attacking the driver. After a couple of hits,  Liu is seen clearly retreating back to his vehicle, but the 41-year-old cyclist, who is known only by his surname, Yu (in the white shirt below), continued to follow him, striking him a few more times with the machete. 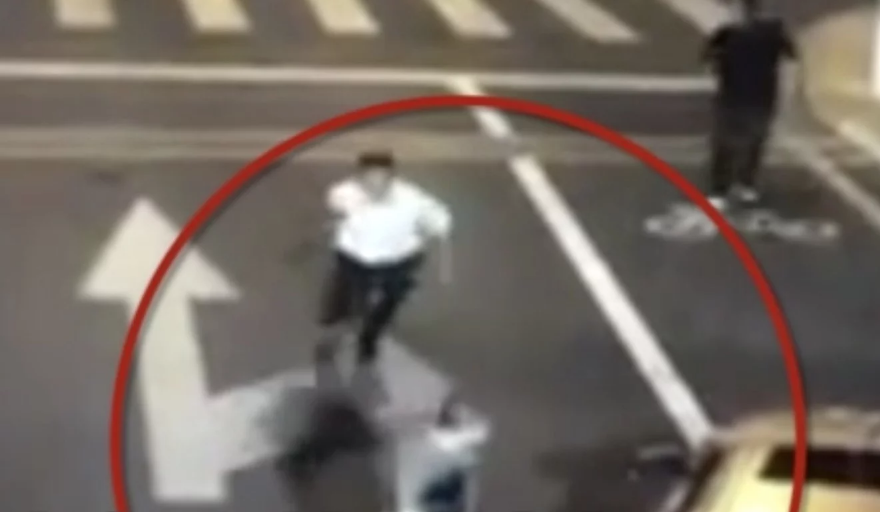 Both Yu and Liu were treated in hospital for their injuries, but those inflicted on Liu were so severe, he died shortly after. This has sparked a debate in China as to how far you can go in self-defense. Yu was clearly out of harm’s way but continued to strike. There is a clear moment here when self-defense transitioned into blatant revenge.

Local prosecutors are investigating the case and if Yu is found to have acted in self-defense in the eyes of the law then all charges will be dropped. Otherwise, he will face anywhere between 3-10 years in prison. Watch the entire incident here:

Liu, who had previous criminal charges for violence, was clearly acting in character during this incident. However, less is known about Yu. Is this the first time he had been involved in something like this and therefore did not have the self-control or clarity of thought to deal with the situation? Adrenaline can be a dangerous thing if you do not know how to harness it. If you would like to learn how to harness it yourself, read about it here.

We feel this skill is one of the many benefits of studying martial arts. Not only do you learn the solid self-defense skills, but you also learn a mindset to go along with it; the ability to quickly assess a situation and figure out the most efficient way of ending it. One can’t help but feel that if Yu had this background, his approach would have been very different.

How do you feel you would have reacted to a man attacking you with a Machete? Blind rage or tactical defense?