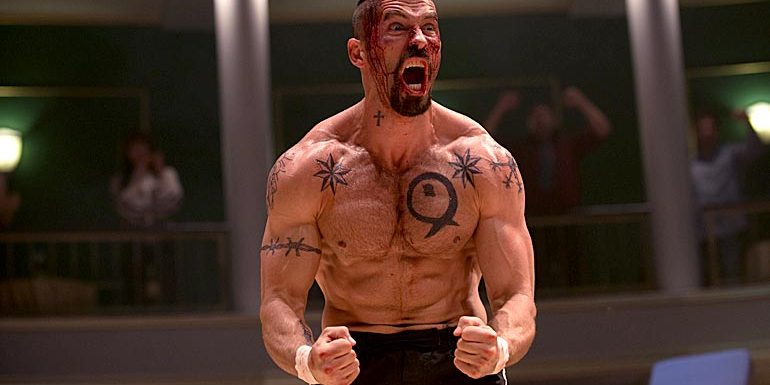 Stuntmen are such a big part of the illusion of cinema. They ensure that a movie can have death-defying action scenes while keeping the lead actors and actresses safe from harm.

None of that “safe from harm” business applies to English actor Scott Adkins, who has appeared in films like Doctor Strange and The Bourne Ultimatum. Adkins is a bona fide action hero who does his own stunts and fight scenes, and is trained in no less than six martial arts. SIX! How many people can claim to be trained in even just one or two?

Adkins, 41, has been training in martial arts since age 14, when he first started studying taekwondo. At age 16, he started taking up kickboxing, which he’s now an instructor in. Throughout his life he also trained in karate, judo, jujutsu, krav maga, and ninjutsu.

Adkins goes to the gym five to six days a week and trains simply but hard, keeping weight and volume training in his repertoire. He does weights three days a week, and two days of martial arts-centric cardio. He can bench over 100kg against his own weight of about 80kg, and does sprint training for heavy muscle growth.

His most recent film, Hard Target 2, features him as a retired MMA fighter, battling for his life in Myanmar. The movie is a sequel to the classic 1993 John Woo action film Hard Target featuring Jean-Claude Van Damme – it’s no surprise then that it makes the most out of Adkins’ fighting and stunt prowess.

Scott Adkins is what happens when actor meets fighter – and the results are stupendous. Have you checked out any of his cinematic appearances?