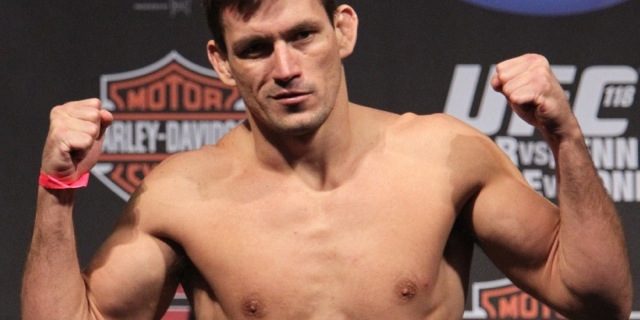 To make it in the big leagues, you need skill, physical strength, and stamina. To intimidate your MMA opponents, a ripped bod is a great place to start. Here are some of the most muscular men in the sport today.

Officially retired from the Octagon, ‘Rumble’ Johnson was known for brutal knockouts in the light heavyweight division.

The French heavyweight remains on the high ranks and continues to surprise fans and fighters with his amazing body, which he mostly attributes to push-ups.

Lean, mean, and one of the biggest names, and mouths in the sport, McGregor’s physique is truly awe-inspiring.

You won’t be surprised at how he attained his amazing physique upon learning of Jones’ 585-pound deadlifts and 345-pound bench press regimen.

Small in stature but not elsewhere, this once collegiate wrestler does squats and benches with 200-plus pound weights.

One of the smaller fighters in the Octagon, ‘The Chosen One’ is not to be ignored when it comes to extreme barbell circuit training.

GSP always looks ready for his second wind in the Octagon and his well-maintained, solid physique says it all.

Active on the Bellator roster, there’s nothing soft about this six-footer MMA vet.

This featherweight is indeed ‘The Menace,’ both in the Octagon and at the gym.

Shredded at barely six feet, Tibau continues to be one of the most impressive fighters in MMA.

With Vitor, everything is about fighting, literally. And he has the body to show for it.

Benching over 300 pounds straight off the bat? Now that’s what makes Guillard Guillard.

Dashing and dead strong – that’s Northcutt for you.

He clearly has plenty to show for his decades of professional combat.

This middleweight champ is a lean, mean fighting machine.

From the looks of it, it’s safe to say that Romero lifts.

450-pound benches? Houston, we don’t have a problem!

This welterweight is smaller but made out of pure muscle.

No one’s calling this light heavyweight a pushover.

It seems like the smaller they come; the more ripped they are.

When you measure in at two of your competitors combined, you won’t even have to fight to be intimidating.

Flatland deadlifts surely aren’t enough for this heavyweight. He casually takes 550-pound weights up flights of stairs for heaven’s sake!

Even if he now favors dumbbells to barbells, this vet can still give younger MMA-ers a run for their money.

Rumored not to be a weightlifter, we all want to know how Lombard can be this ripped.

Casually lifting weights that can break bones, Palhares truly deserves to be on the top of this badass list!

Know of any other jacked mixed martial artists? Who are they?