From ‘Wrangling a Tornado’ to Black Belt 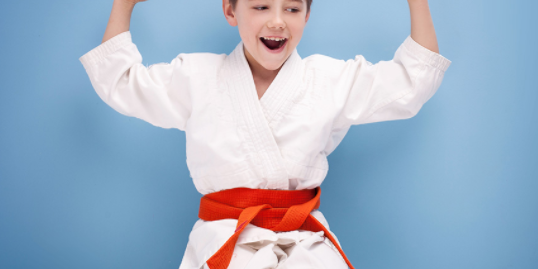 Jeremy Lohan, 14, Washington, wears his tae kwon do black belt with the respect, strength, and finesse that it took to earn it. He also wears it with a great deal of pride and honor.

“It felt like a big accomplishment,” said Jeremy, about receiving his black belt last month from Master Norm Leeker at Family Martial Arts in Washington. “A couple of people over the years told me I would never be able to do it. I proved them wrong.”

Jeremy, at the age of 2, was diagnosed with severe autism and a sensory processing disorder – meaning his life was shattered before he could even live it. He was told a long list of what he COULD NOT do, beginning with the doctors who diagnosed him telling the family that he would never speak.

“The pediatrician and neurologist told us that he was so low functioning that he should be institutionalized, that he would never talk, show emotions or affection, have friends, everything you want your child to do — be potty trained, ride a bicycle, anything like that,” said Beth Lohan, Jeremy’s mother. “The most he would be able to do was possibly learn life skills. That was their goal.” 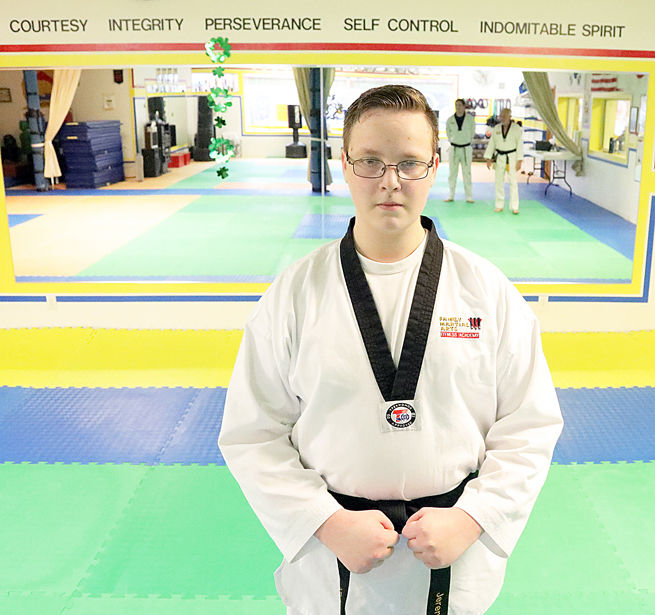 Fast forward 5 years, Jeremy stood his ground and decided to prove to all the naysayers, that his condition will not deter him from accomplishing his goals.

Jeremy was nearly 7 when he began taking tae kwon do classes at Family Martial Arts. Karen Loesch was his first instructor for white belts, the beginning level.

Jeremy presented new challenges for Loesch, but as a veteran elementary school teacher in her day job, she had worked with kids of all abilities and was used to having to find the best mode of learning for each one of them. Tae kwon do was no different, she said.

Loesch said it did take time before Jeremy felt comfortable enough watching the instructors. They often paired him with another student who would stand near him to help model techniques and proper class behavior.

“His confidence began building,” said Loesch. “Eventually Jeremy allowed instructors to correct his techniques, stances, hand positions and so forth.”

There is a lot of hand-over-hand instruction in tae kwon do, which initially wasn’t possible for Jeremy, because he couldn’t stand being touched.

Thinking back to when the doctors told her all of the things Jeremy would never do, Beth shakes her head in amazement as she watches him now doing tae kwon do and interacting with everyone.

“He used to be like wrangling a tornado,” she said. “But now . . . he sounds differently and he carries himself differently.”

Do you know anyone who suffers from autism?
Show with them this article!!