Two Men Try to Take on Bouncer and Gets REKT 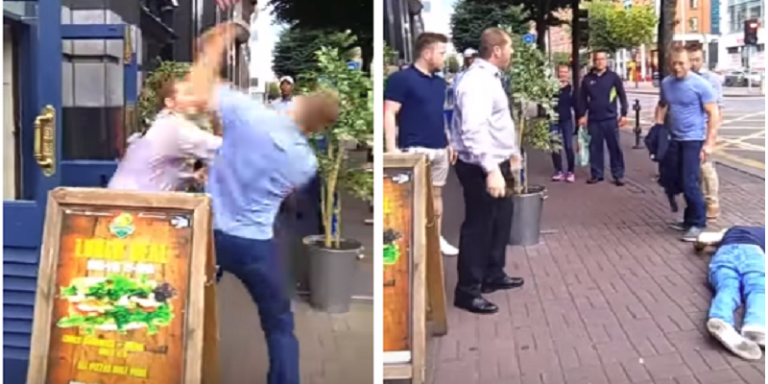 What do you get when you cross two out of control drunks and a buff bouncer?

It’s not peace and quiet, that’s for sure. It’s funny how people like this tend to need a homie to back them up in the face of danger or when they want to try and intimidate someone. 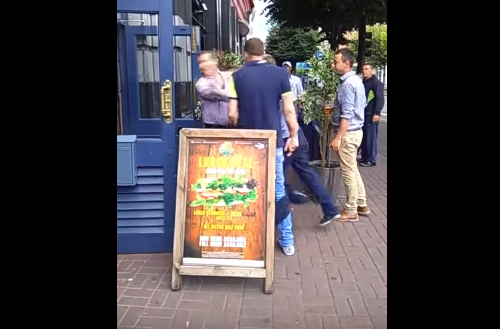 Not only does it indicate a lack of character, it tends to give you a decent prediction of what would happen if that person was in the same situation without their mates around them. They’d wilt like a freshly cut flower in the desert and run away like a dog with its tail between its legs. 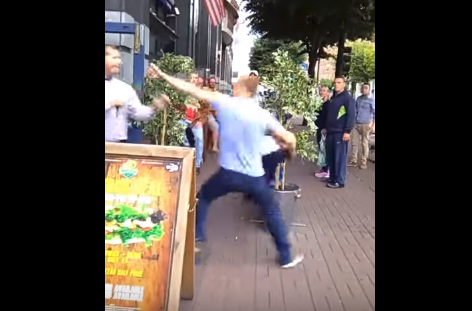 Standing out the front of an Irish pub, the bouncer senses danger as two young men walked straight up to him and began harassing the bouncer. The smaller man of the two begins to shout at the bouncer, before spitting straight to his chest. A revolting act, one that carries heavy disrespect in just about every culture across the world.

The two men begin to advance on the bouncer, who surprisingly hasn’t thrown a punch at either of these clowns after being spat on by them. It’s only when they both begin to swing heavy right hands, the smaller man connecting on the bouncer’s jaw, that things really start to kick off. 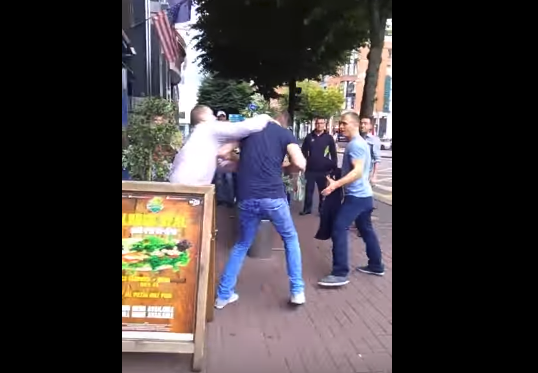 The bouncer radios for backup and the smaller man begins to stand as if he’s about to check a kick in a Muay Thai fight. He begins to jig forward, almost as if he’s suffering some sort of seizure whilst standing, before throwing a sloppy, looping left hand at the bouncer who moves out of range.

The bigger man of the two then tries his luck, throwing one of the worst right hands in the history of the universe before being pulled away by his mate. The bouncer finally lets his hands go and throws a big right hand that instantly knocks the smaller thug to the ground. Another right hand sends his mate clattering to the pavement. 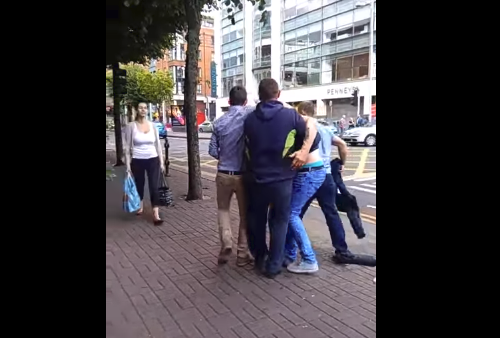 Both men are soon back on their feet, with the larger of the two being sent straight back down to the pavement where he lays still, unnoticed by his mate who is focussed instead on spitting on the bouncer constantly. The man lies motionless for a while before being picked up by his mates and walked away from the scene.

Even more hilarious is the lady with her arms full of shopping that walks by at the end, shaking her head. Keep an eye out for her!

Check out the full video below and tell us what you think about the whole incident!