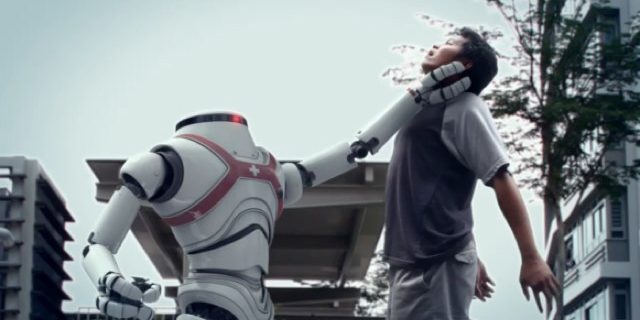 Video games could be revolutionised by the help of virtual robots that teach themselves kung fu according to UC Berkeley and the University of British Columbia.

According to reports by researchers at UC Berkeley and the University of British Columbia, video game characters could teach themselves kung fu before hitting the shelves in the not so distant future.

The researchers have claimed to have created virtual characters that are capable of imitating the way a person runs, walks, climbs, dances and performs martial arts. These virtual characters keep repeating the moves until they get them perfectly right, sometimes taking hundreds of tries that can be hilarious to watch.

This could help video game writers and animators spend a lot less time planning a character’s actions in exact and precise detail. Instead, all they’ll need to do is feed some live footage of someone doing roughly what they want and the virtual robots will imitate them until they have it perfect. As such, these robots could be dropped into the scene easily, and left to their own devices as animators get on with more important tasks, which also will greatly increase the speed of completion…as long as everything goes to plan.

These ‘robots’ are basically virtual AI machines that use trial and error to complete a task. Although capable of learning the most advanced Kung Fu and marital arts moves, they can also be asked to simply run and jump. The pre-trials are often the best part of the job however, with some hilarious results. It’s almost watching an animal try and figure it’s way out of a locked room, but with more ridiculous results.

According to the researchers, the virtual characters “experiment with its motion and receives positive reinforcement each time it gets a little closer to the motions of that expert. The approach requires a character to have a physically realistic body and to inhabit a world with accurate physical rules.”

Despite the high potential for video games and animation as a whole, these virtual robots also open up brand new doors to the world of possibility. Say a gymnast wants to try a new, never before used move, they could first as the robot to try it out for them. If the robot is bound to the exact weight, strength and proportions of the gymnast, along with real world physics, they could theoretically find a way to active the move, and maybe even teach the gymnast what to do. Our human limitations are now pushed to the limits, so who knows what these virtual robots could end up teaching us…watch this space.