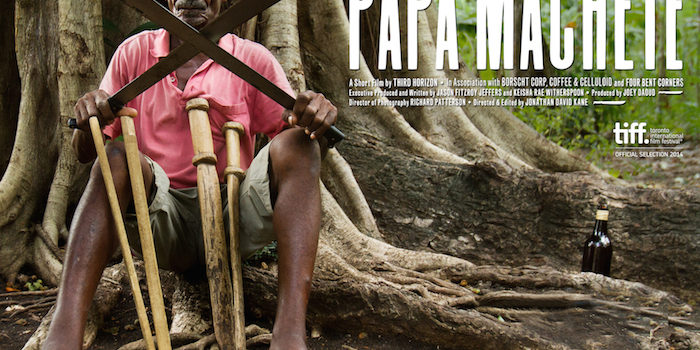 The award winning documentary movie that follows and exposes the secrets of Tire Machete, a mysterious martial art of machete fencing practiced in Haiti is now available to stream online.

Papa Machete is the name of the documentary movie that follows professor Alfred Avril, an elder living in the mountains of Haiti in order to discover the secret martial art but also to explore both the spiritual and practical value of the machete itself.

A man wielding a machete is an image that often conjures up thoughts of violence, gang warfare and horror movies. For those living in Haiti, the machete has a long history that involves war and violence – so for many there too, the weapon can bring back horrific memories of times past. However, Alfred Avril tries to explore the spiritual value of the machete, explaining that is not just a weapon but a key to survival. 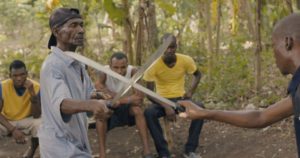 In the film, Avril wields the weapon without hesitation or fear. “One day, a spirit came to me and told me, ‘Here’s how you master this craft.’ Immediately, I obliged. I obliged without fear,” he says.

Described as the ‘excalibur of the third world’ the humble machete is idolised by the journalist who developed the film, Jason Jeffers. For Haitians, the machete is a symbol of resistance rather than bloodshed and violence, as it was the only weapon that former slaves could wield against the French imperial soldiers who were armed with guns and ammunition.

In 1804, Haiti gained independence from France in a revolution. Soon after, the machete was turned into a relic of strength and independence and was immortalised in a martial art that was practiced throughout the island – Tire Machete. 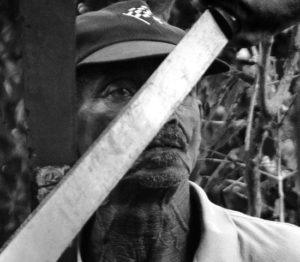 Saldy, these days the martial art of Tire Machete is a dying tradition. With contemporary modernisation sweeping the island nation, many have forgotten or ignored the martial art all together. Alfred Avril however is trying to revive the tradition by breaking away from the old rules that dictate that it must be taught only to those in your family lineage. By opening up training to anyone who is interested, the sport has immediately become more accessible and this move may be the only option to save it from extinction.

Alfred Avril passes away in December 2014, but his story lives on in this documentary and by those who continue the traditional martial art in his footsteps. With great Haitian pride, he said that “One day this [Haiti] is where I too will die. Yes, this is where I must die. And I would like for life to change before I die.”

If our blurb has not hooked you already, then check out the movie that is now free to watch online.