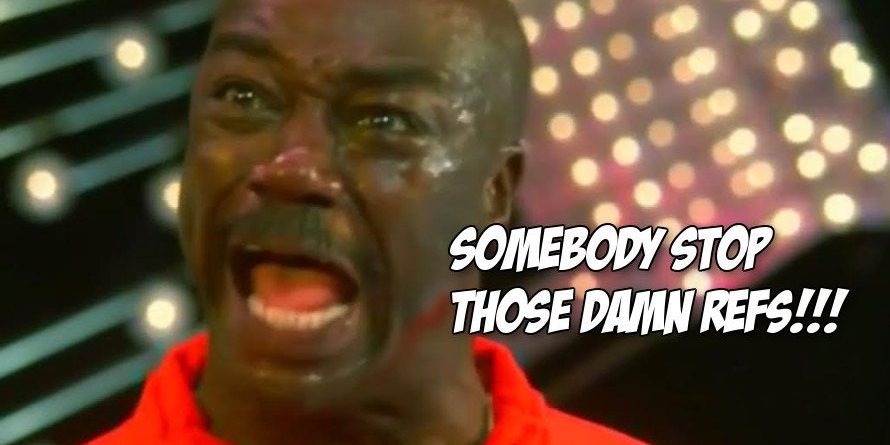 Announcing a UFC winner in the ring is not difficult. You get the paper and you get the name and you say ‘And the winner is…(read name from piece of paper)!”. That is literally the entire job.

Yet somehow, fight announcer Steve Harvey messed up his announcement…twice. How you may ask? Just watch the video:

Just for the record, this fight was an emotional rollercoaster, with the score coming in very tight at just 29-28, 29-28 and 30-27 from the judges to David Brooker. Yet somehow, the announcer, when declaring the winner not only began with the real winner, but then proceeded to change his mind and shout out Elijah Terrell instead – much to everyone’s bewilderment.

As the two fighters hugged it out and congratulated each other, both feeling the joy of winning before having it stripped away in another sound emanating from the mic.

Running back into the octagon, Harvey shouts “my bad” before declaring the real winner as David Brooker – bringing him right back to the start. We feel sorry for both fighters having that taste of victory before having it stripped away from them almost instantly.

Although the experience was shitty for both fighters, at least the best fighter won. The video was shared with no description apart from the hashtags #Psych… #DoublePsych. Very fitting.