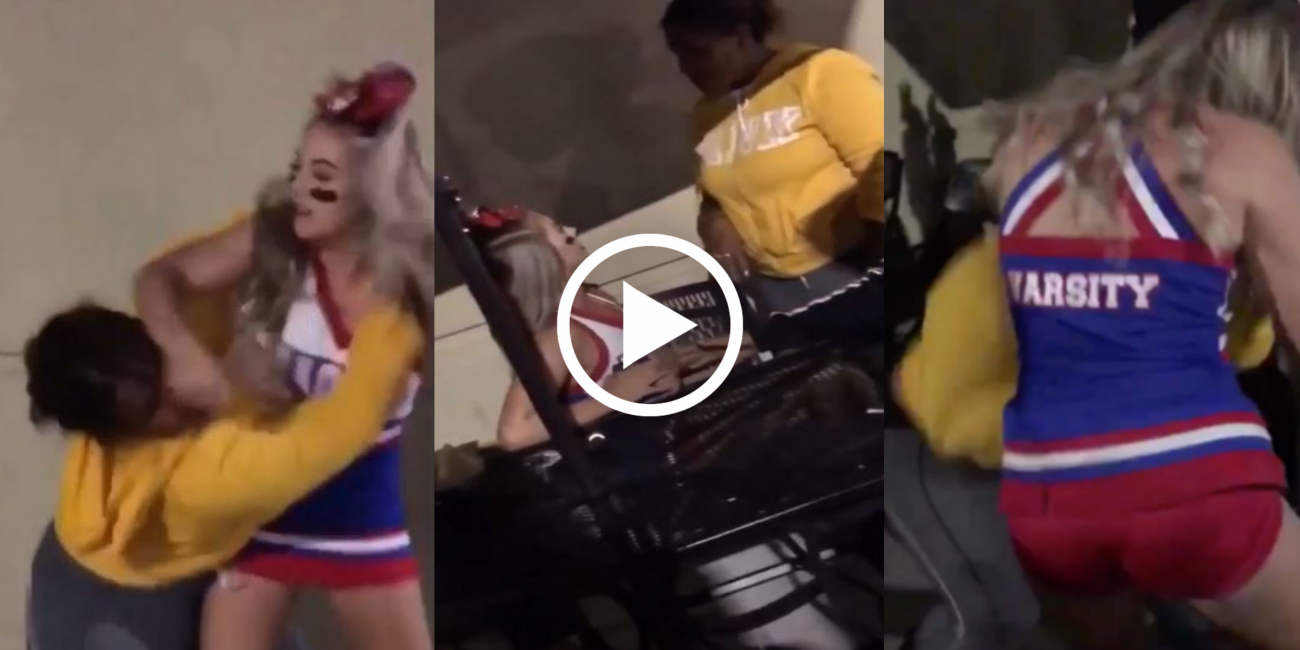 High schools are usually a breeding ground for bullying and Cheerleaders have developed a stereotype of being the ones to that normally are the source. However, a video recently showed up online where, for once, it is the Cheerleader who is trying to defuse the situation when a girl much larger than her, starts off being verbally aggressive all the while threatening to become physical.

The bigger girl, wearing a yellow t-shirt, says “Do you want to fight?”, to which the cheerleader replies “No!, Nobody wants to fight. You want to fight us. Nobody speaks on you guys. Nobody talks about you guys”.

While it is not exactly clear what started the original confrontation, it seems the cheerleader is suggesting that there has been some sort of misunderstanding that is not worth getting physical over and would rather talk it out.

The girl in the Yellow t-shirt gets much closer “What are you gonna do…” and starts to push at the cheerleader, who is still remained in her seat. As the situation escalates the cheerleader says “I’m not gonna fight you, I don’t want to fight you”. 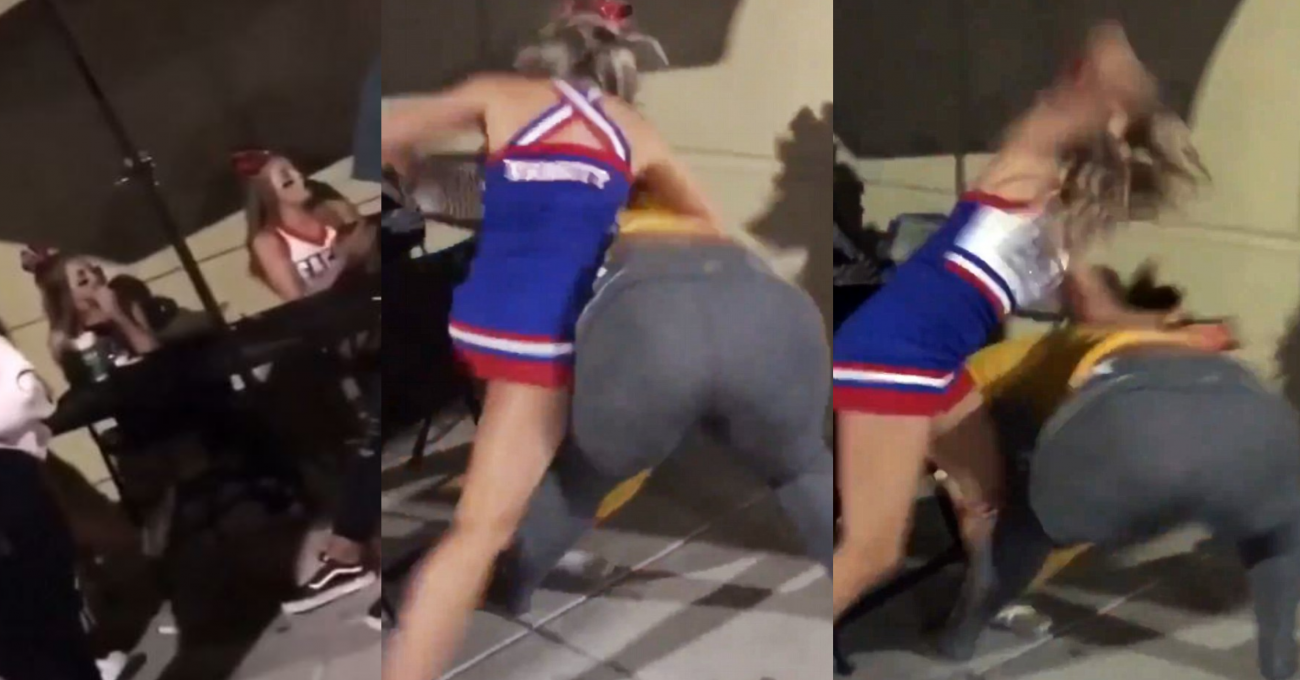 You get the impression at this point, due to the confidence of the girl in the yellow, that she feels she can easily handle the much smaller cheerleader and the cheerleader’s scared response seems to echo the same opinion.

However, once the girl in yellow lashes out at the Cheerleader, a very different scene takes place.

Maybe it is the rigorous fitness regime these students go through in order to pull off the acrobatic feats required in their routines or maybe it is that the larger girl was expecting her blond opponent to be much weaker and was simply taken off-guard, but the lesson to be learned here is to be very careful who you decide to get aggressive with. Looks can be deceiving.

See the entire mess for yourself below: