WATCH: How to defend against a knife attack with martial arts 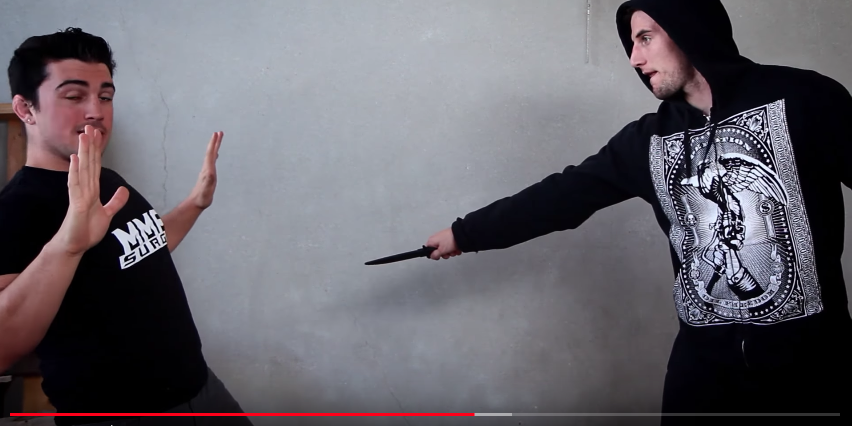 When it comes to self-defense, there is not much you can do about a gun. Sure, you can go train with the Israelis in Krav Maga and come back a machine, but even then you’re skills are only as good as the distance you are away from your attacker. The further away they are the less chance you have to ever dodge that bullet. But with a knife attack, it is close and it is personal. Attacks can come from the front or behind, but what they all share is proximity, and if you are well trained and skilled in martial arts and self-defense, you stand a much higher chance of defending yourself.

Defending against a knife can be scary. One wrong move and it’s either a big cut or a fatal stab wound. It’s an ugly form of combat and we strongly advise you never take a knife out with you, even in defense. Instead, use your skills as a martial artist to defend against the weapon – keeping you safe, and free from a surprise prison sentence after an accidental murder. 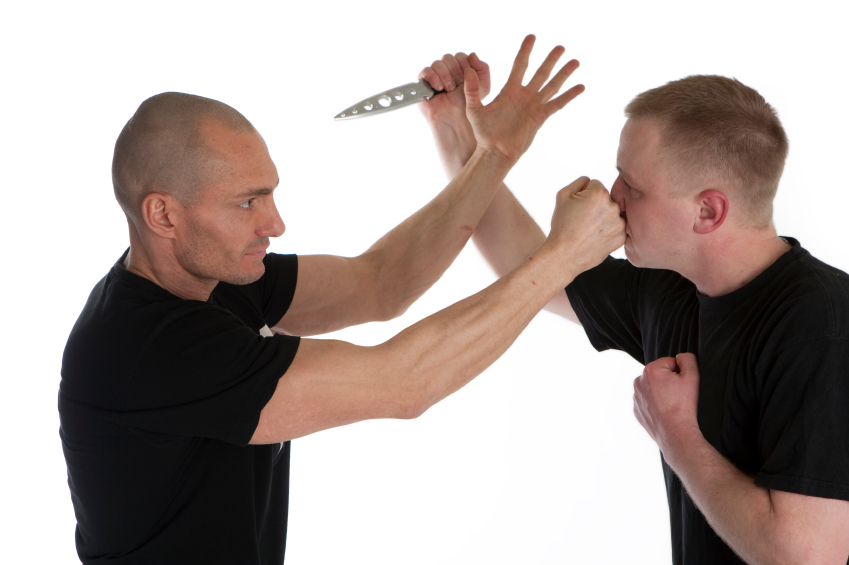 Being realistic is the key to success when defending against a knife. Most martial arts deal with face to face attacks, but in the real world seldom do fights begin face to face at the strike of a bell. For this reason, you need to think about the way you train. Focus on surprise attacks and shape training around reality rather than the ring.

Defending against something sharp requires a high level of reaction times too. Fine motor skills are key, so develop your awareness, proximity senses, and timing. Utilize muscle memory and rely on those motor skills to protect you, that way even under pressure you can perform at your best.

Spar against opponents in the gym with training knives. Make sure fights are at full speed and you train to adapt to unexpected attacks. First train in avoidance. Obviously, self-defense means avoiding being hurt at all costs, so improve your awareness and you can avoid threats. Study the mind of a knife attacker and read about criminal cases to get an idea of what type of attacks are most common.

If you can’t avoid an incoming attack, obviously you need to defend yourself the best as you can. Use the environment, let that muscle memory kick in and manipulate what you are doing without thinking. Make a barrier between the attacker and yourself, chairs, tables, walls, cars, anything. Distance is key in fighting a knife-wielding maniac. 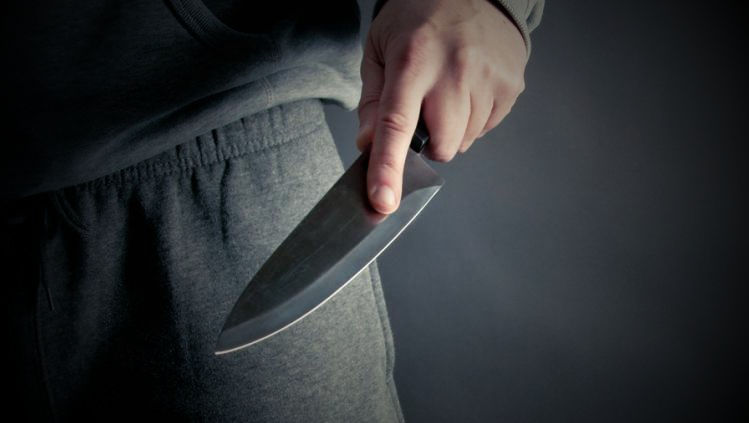 With well-developed mobility, you are better trained at keeping distance and timing your attacks or blocks correctly. Practice not engaging enemies with knives rather than bringing them down – one false move and you could be toast. Only engage when your life depends on it. Grab the knife hand if you can, minimizing what they can do with it and prevent them from lunging at you with that weaponized hand.

But as we said before, training is the best way to be good at self-defense, so make sure you set some time aside to train for the unexpected, the street brawl, that knife-wielding nutcase and even guns disarmament if you can. This way if you are even in a tight spot, you’ll have a much better understanding of how that fight will turn out.