Is it finally time for Sumo for girls? 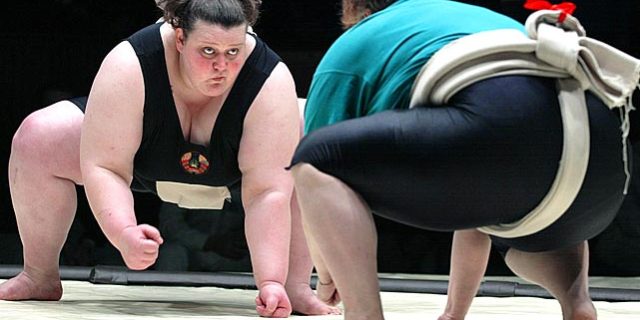 Just weeks after two medically-trained women were forcibly removed from the holy Sumo dohyo wrestling ring in Japan on April 4 after a man suffered a stroke and stopped breathing, the debate about the sexual inequality surrounding Sumo has once again been brought to the forefront of Japanese cultural commentary – with many saying there is no place for such sexism anymore in this day and age.

During the incident (read more here) at least two women rushed to help perform CPR on the man who was said to not be breathing after he suffered a stroke while stood in the Sumo wrestling ring. As soon as the women began to give him life-saving first aid, a man took to the megaphone and demanded they left the ring immediately, before they were forcibly escorted away from the man they were trying to save. Soon after, a number of men threw salt onto the ring, a tradition that is said to purify the ring before a fight, clearly more concerned that the ring hand be dirtied by two women than one of their colleagues’ physical health. 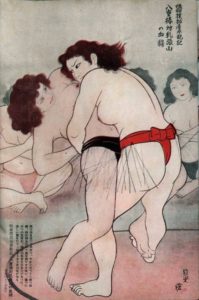 Although Japan Sumo Association (JSA) Chairman Hakkaku, who is former yokozuna Hokutoumi, issued a statement of apology where he admitted that the announcement was inappropriate, he did not go as far as to suggest any change to the groundless anti-women rules that surround the sport.

Interestingly, the ban can be traced back to the Edo period (1603-1867) whereby naked women would fight against blind male sumo wrestlers as a spectator entertainment that was finally deemed immoral as it ‘corrupted the public morals in society’. Since then, women have been banned from the wrestling ring – as they are deemed corrupt, immoral and impure – whereas the men were hailed as professionals who earned a living from their bouts.

Such a nice way to talk about your mother. 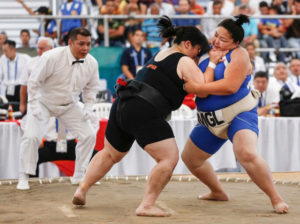 Even before, when women were allowed in the ring, the fights were inherently racist due to the fact that it was for a point-and-laugh form of entertainment rather than a spectator sport. Yet to this day, the JSA still claim that the ban on women is just a misunderstanding by the feminist liberals. Good one guys.

Today, female Sumo wrestling does exist, but the sport is not officially recognised and is still very low key and mostly practiced outside of Japan.

Thankfully, a female mayor in Japan has now vowed to never step down from her protest against the outdated rules, lodging a formal protest with local authorities.

“I won’t give up this time around. I’m determined to make a petition every six months,” Tomoko Nakagawa told reporters as she took a case to the JSA in Japan in response to the April 4 incident. She has purposefully left the demands vague so that the authorities themselves can debate and come up with a solution that will see women accepted in the ring themselves – insisting that although she will never give up, this is not a social demand by a fringe feminist opinion, but a widely accepted and modern point of view that the authorities need to adjust to and catch up to the rest of society.

Japan still exists in a very gender specific hierarchal society, with gender issues plaguing all areas of society and rule, despite a call for greater equality spreading across the country in recent times.